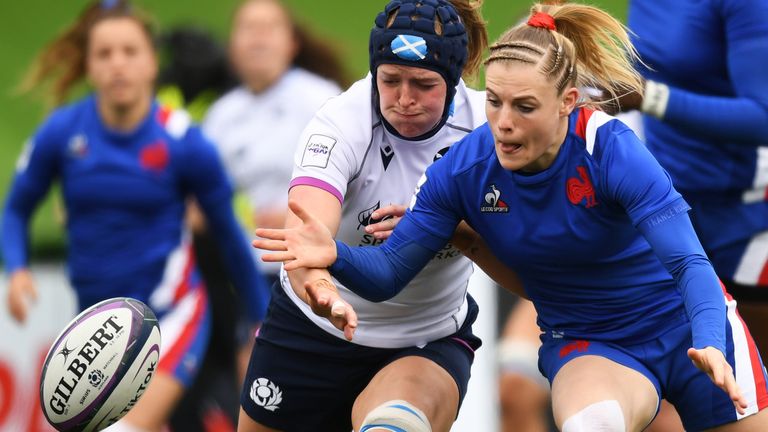 France, who came into the game with two wins from their opening two games, continued their 100 per cent record by earning a 28-3 half-time lead in Glasgow.

Scotland, who had exposed some holes in the French defence before the break, put up a spirited response in the second half and were camped in the visiting 22.

They eventually crossed the line in the 78th minute as Chloe Rollie went over after good work from Christine Belisle.

Helen Nelson missed the conversation for the Scots, who have now lost three from three.

France move level on points with England, who crushed Wales 58-8 on Saturday.