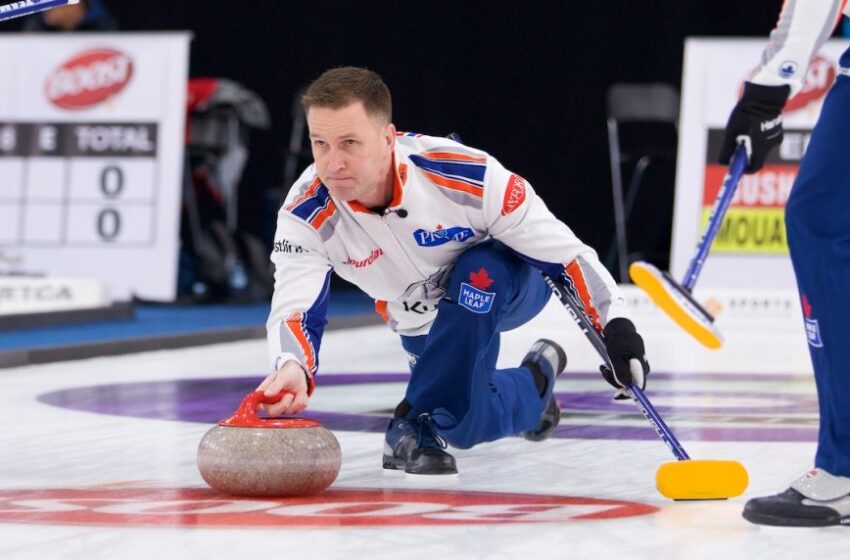 Everything you need to know for the GSOC Players’ Championship

TORONTO — The Pinty’s Grand Slam of Curling is back and with its biggest event of the season.

Before the opening draw, here’s everything you always wanted to know about the Princess Auto Players’ Championship (but were afraid to ask).

A $350,000 combined-prize purse is up for grabs at the Princess Auto Players’ Championship with the winning teams cashing in $35,000 each.

That’s not all, as the Pinty’s Cup will also be awarded at the event, with the top four teams in the season standings earning bonus payouts. Scotland’s Bruce Mouat leads the men’s division and Tracy Fleury of East St. Paul, Man., sits atop of the women’s division with 21 points apiece. With roughly double points awarded in the Princess Auto Players’ Championship, this chase is far from over. Winning teams of the Pinty’s Cup receive $75,000.

There’s also prestige in winning the Players’ Championship as it’s the oldest event in the series, predating the formation of the Pinty’s Grand Slam of Curling itself, having been held on tour since 1993 as a men’s event with the addition of a women’s event in 2006. There’s also the special feeling of winning at the iconic venue formerly known as Maple Leaf Gardens. Think of it like the Indy 500 or WrestleMania for the Pinty’s Grand Slam of Curling.

What is triple knockout?

The format for the preliminary round of the Princess Auto Players’ Championship is a modified triple knockout where teams must win three games before they lose three games in order to qualify for the playoffs.

The triple knockout consists of three brackets: A, B and C. Teams that win remain in their current bracket while each loss drops them to a lower bracket. Once they lose in the C event, they are eliminated from the tournament.

Although triple knockout is a common format on tour, this is the first time it has been used for the Princess Auto Players’ Championship since Sportsnet acquired the Pinty’s Grand Slam of Curling series in 2012.

Bracketology 101: The triple knockout has been used in the Pinty’s Grand Slam of Curling earlier this season at the Masters and Boost National. Both men’s champions, Team Mouat and Team Gushue respectively, qualified for the playoffs through the A event at 3-0 while both women’s champions, Team Fleury and Team Hasselborg, advanced from the B brackets at 3-1.

The no-tick, free-guard zone is a relatively new rule designed to make the game more intriguing. Although the five-rock rule prevents teams from eliminating guards too early, the loophole around that is to “tick” them aside, thus keeping them on the field of play but rendering them ineffective.

With the addition of the no-tick element, teams cannot hit rocks off the centre line while the five-rock, free-guard zone is in effect. Once five rocks have been played, everything is fair game.

The no-tick has only been in effect during the eighth and extra ends during past Pinty’s Grand Slam of Curling events but will be in play for all ends starting with the Princess Auto Players’ Championship.

If a team violates the no-tick rule, the non-offending team may choose to leave the situation as is.

Who are the favourites in the women’s division?

Kerri Einarson of Gimli, Man., is the double defending champion winning the Players’ Championship the last time it was held in Toronto in 2019 and again in the Calgary bubble one year ago. Einarson has momentum coming off of a third consecutive Scotties Tournament of Hearts title victory and a bronze-medal finish at the women’s worlds.

No one in the women’s division has won the Players’ Championship more than Jennifer Jones, who has captured the title six times — most recently in 2017. Her team plans to part ways at the end of the season and would love to end things on a high note with another win at their favourite tour event.

Scotland’s Eve Muirhead claimed the Players’ Championship three times (2013, 2015 and 2016) during a four-year span and some felt they should rename the venue the Muirhead Athletic Centre. (OK, maybe it was just me who suggested that.) Although it’s been a while, Muirhead’s newly configured team has been on a tear this season winning gold medals at the European Championships and Winter Olympic Games.

Ottawa’s Rachel Homan has won a record 11 Pinty’s Grand Slam of Curling women’s titles, but the Players’ Championship has eluded her so far and is the last one to check off the list. If Homan can catch them all, she’ll become the first women’s skip to have won all six events in the series.

Switzerland’s Silvana Tirinzoni won a third consecutive world championship last month, could her team follow it up with their first Players’ Championship title?

Who are the favourites in the men’s division?

It’s been a golden season for Sweden’s Niklas Edin, who was victorious in Beijing at the Winter Olympic Games and arrives straight from Las Vegas fresh from winning an unprecedented fourth consecutive world championship gold medal and sixth overall Sunday. Edin will look to keep the good times rolling as it’s been five years since he last won a GSOC men’s title right here at the 2017 Players’ Championship.

When we last left our heroes, Brad Gushue of St. John’s, N.L., claimed his 12th career GSOC men’s title at the Boost National back in November. A lot has happened since then with Gushue winning the Canadian Olympic curling trials, bronze at the Winter Games and most recently silver at the world championship. Gushue, who won the Players’ Championship in 2016 and finished runner-up in the event last year, is a perennial playoff favourite and always a safe bet to ride.

Mouat is the defending champion after winning the Champions Cup and the Players’ Championship back-to-back in the Calgary bubble last year. His team picked up where they left off in the fall, taking the Masters, and the title streak ended with a loss to Gushue in the National men’s final.

The farewell tour begins for Calgary’s Kevin Koe and Brad Jacobs of Sault Ste. Marie, Ont., with their teams splitting up at the end of the season. Both skips have won the Players’ Championship in Toronto in the past with Koe claiming it in 2018 and Jacobs winning in 2015, which was also his first-ever GSOC title.

How do I watch the Princess Auto Players’ Championship?

Please note: Mattamy Athletic Centre requires proof of a government-issued vaccine QR code in order to gain access to the building. All visitors will participate in active screening, and patrons are required to wear a mask at all times unless actively eating or drinking.