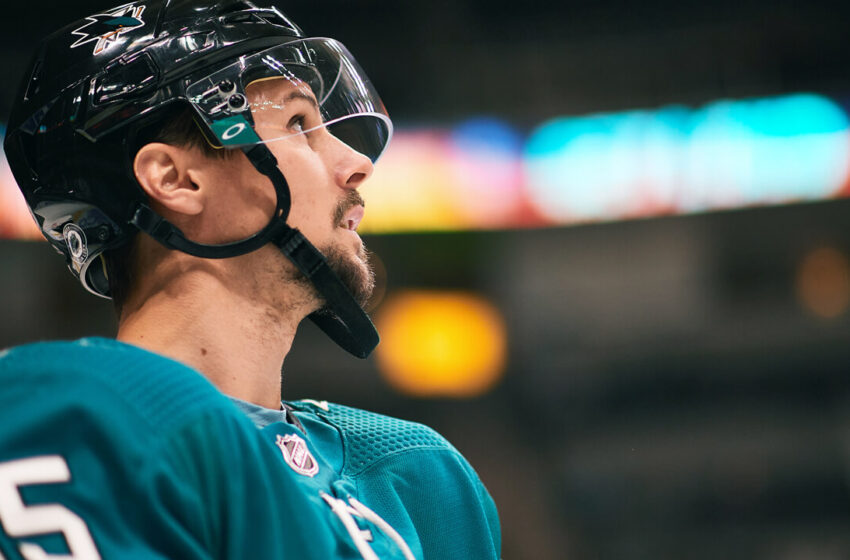 Erik Karlsson knows he can still be great, and he doesn’t care who agrees

S trewn across the white ceiling of the San Jose Sharks’ practice facility, between canary yellow beams that shine like an homage to the California sun, are white light fixtures in the shape of giant metal-and-glass asterisks. It’s as if the roof that keeps the summer heat away from this icy haven wants to make perfectly clear that the scene playing out on the ice below is no typical affair. And the roof doesn’t lie: beneath it, a cadre of Sharks usually dispersed across Ontario by this time in the off-season is here for yet another session together in a summer that’s been unusually full of them.

It’s late July 2021, and Erik Karlsson is huddled with Mario Ferraro at one end of the rink, explaining to his young teammate the finer details of collecting the puck behind the net, navigating the opposition’s forecheck, and funnelling it back out of the defensive zone. The pandemic’s responsible for this unexpected lesson — with restrictions complicating travel plans and a host of daily details back in his usual off-season home, Karlsson and his family elected to stay in San Jose for the entire break before the 2021-22 campaign. Ferraro, then-Sharks teammate Jacob Middleton and young prospect Ozzy Wiesblatt followed suit, the group falling into a chummy summer routine of 8 a.m. coffees, Monday-to-Friday grinds in the weight room, and sessions like these in the Hall of Asterisks.

It’s a seemingly simple sequence, this breakout from the corner, but one that comes up over and over and over on game nights, passing with little notice if all goes to plan, setting potential catastrophe in motion if not. And while much of the hockey world seems to have made the assumption that Karlsson’s all-world days are behind him, the former Norris Trophy winner remains one of the sport’s best at ensuring that, in these miniscule, crucial moments, all goes to plan.