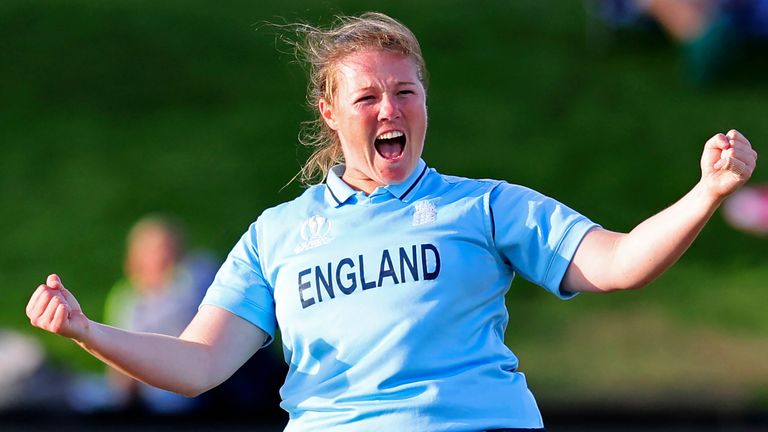 Shrubsole produced the most memorable performance of her international career when taking six wickets against India in the World Cup final as England triumphed on home soil in 2017; Shrubsole will continue to play in domestic competition, including The Hundred

Shrubsole, who produced the most memorable performance of her international career when taking six wickets against India in the World Cup final as England triumphed on home soil in 2017, is a two-time winner of the 50-over competition.

The 30-year-old, who is also a two-time Ashes winner, took 227 wickets in 173 international matches across all formats, and is currently England’s fourth-highest wicket-taker in ODIs and leads her country in T20 dismissals.

Shrubsole’s decision follows England’s run to the World Cup in New Zealand earlier this month, which ended in defeat to Australia. She will continue to play domestic cricket in the Rachael Heyhoe Flint Trophy, Charlotte Edwards Cup and The Hundred.

Shrubsole said: “I feel immensely privileged to have been able to represent my country for the past 14 years. To have been involved in women’s cricket at a time of such growth has been an honour but it has become clear to me that it is moving forward faster than I can keep up with, so it is time for me to step away.

“Never in my wildest dreams did I think I would be lucky enough to play for England for so long, I’d have been happy with one game. There have been many ups and downs along the way but it was all worth it to be able to lift the ICC Women’s World Cup at Lord’s in 2017.