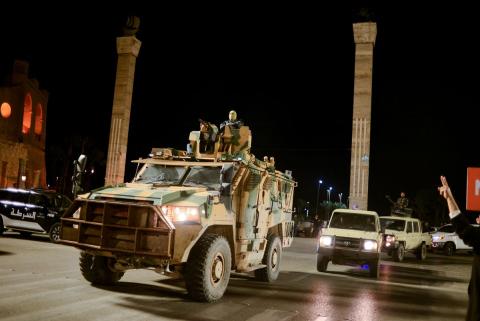 Military commanders in eastern Libya said on Saturday they had suspended participation in a UN-backed joint military council, accusing the Tripoli-based government of failing to hand power to a new cabinet and calling for the road west to be closed.

According to Reuters, the eastern Libyan members of the 5+5 military council called on military commander Khalifa Haftar to close the road linking east and west Libya and to shut off oil exports.

In a statement, they also called on Haftar to halt all cooperation with the Tripoli-based government.

Libya had been due to hold an election in December as part of a peace process backed by the United Nations, but the vote was delayed amid factional disputes over the rules.

After the election process fell apart, the parliament said Dbeibah’s government had expired and selected Bashagha to head a new transitional period towards elections next year.

Dbeibah has said he would only quit after an election.

The Tobruk-based parliament appointed Bashagha on March 1. He has not yet made it to Tripoli, being blocked on the road by forces aligned with Debeibah.

Both governments claim legitimacy and there are fears of new fighting or a territorial division between them. The UN and Western countries are trying to revive the failed election.