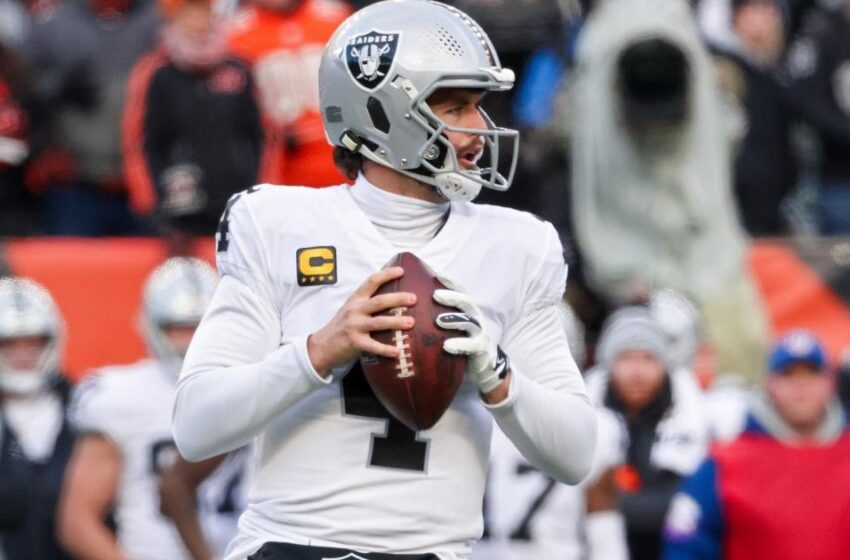 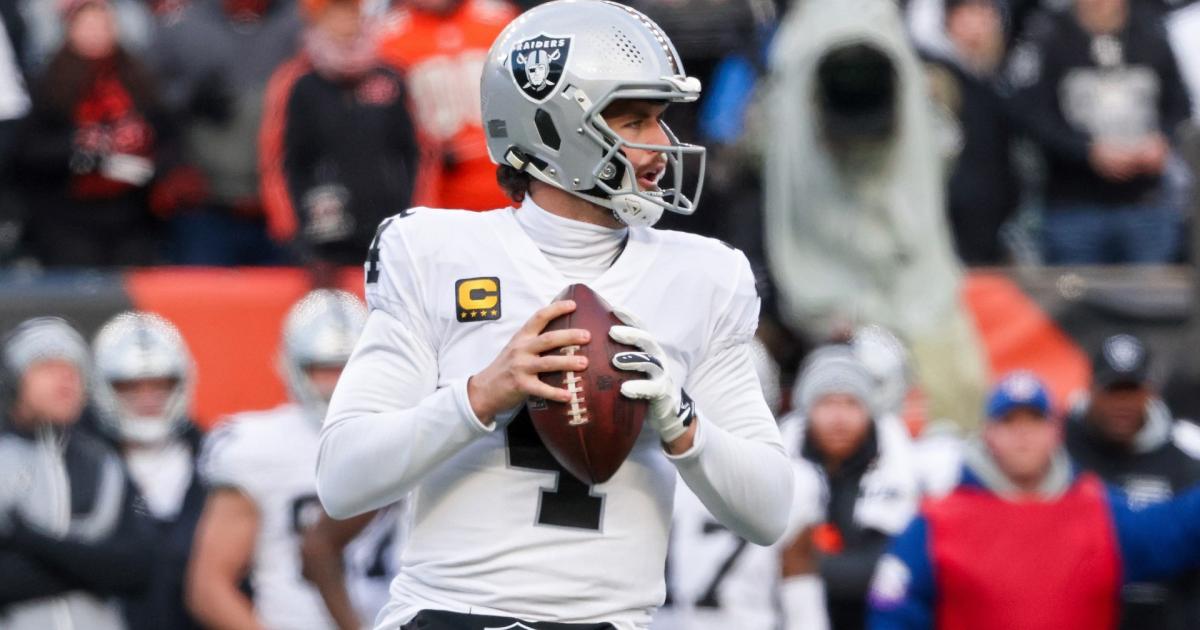 The Las Vegas Raiders are serious about Derek Carr, even with new head coach Josh McDaniels.

The Raiders and Carr reportedly inked a three-year contract extension worth $121.5 million, per Ian Rapoport. The $40.5 million per year puts Carr above the likes of Dak Prescott and Russell Wilson but below Aaron Rodgers, Patrick Mahomes, Josh Allen, Deshaun Watson, and Matthew Stafford.

Carr threw for a career-high 282.6 yards per game last year, along with 23 touchdowns and 14 interceptions. The addition of Davante Adams adds a big-play threat to the Raiders offense, while Vegas continues to have Carr’s favorite target from last season Hunter Renfrow.

Here’s what to know about Carr’s new deal.

Carr, 31, signed a three-year, $121.5 million contract. The years add on to his one remaining year worth $19.8 million. The deal also includes a no-trade clause for Carr, indicating the full commitment to him from the Raiders after an offseason of speculation about whether they would pursue a trade.

The deal puts Carr over the apparent new threshold for quarterback negotiations, which is $40 million.

The #Raiders and star QB Derek Carr have agreed to terms on a 3-year contract extension worth $121.5M, source said. The agreement ties Carr to Las Vegas through the 2025 season. He is already the longest tenured QB in the AFC. 💰 💰 💰

This story will be updated when guaranteed money and yearly breakdowns become available.

Why are the Raiders staying with Carr?

Derek Carr has been consistent for the Raiders, throwing for over 4,000 yards in each of the past four seasons. Even adjusting a 16-game schedule last year, his 4,804 passing yards in 2021 paced him for a career high. Carr led the Raiders to a playoff appearance in the grueling AFC West last season, and with even more weapons at his disposal this year he’ll look to do so again in an even tougher division.

Carr also represents consistency. The longest-tenured quarterback in the AFC, the Raiders watched team after team play quarterback musical chairs last season. Keeping Carr with the Raiders longterm keeps them out of trade talks while also letting them build effectively. Carr has led the Raiders to two playoff appearances in eight seasons, although he was unable to play in the first playoff appearance in 2016 due to injury after going 12-3 in the regular season. The Raiders lost in the first round at Cincinnati in January.

It’s also a bit of a gamble by the Raiders, but it isn’t an unreasonable one. Although Prescott’s touchdown-to-interception ratio was better than Carr’s last year, Carr did put up bigger numbers. While that’s partially a testament to their offensive styles (and don’t expect that to change with McDaniels at the helm), it’s reasonable to believe the Raiders like what they see out of Carr enough to think he can get to Prescott levels of efficiency without paying him like Prescott will be paid when his time comes.