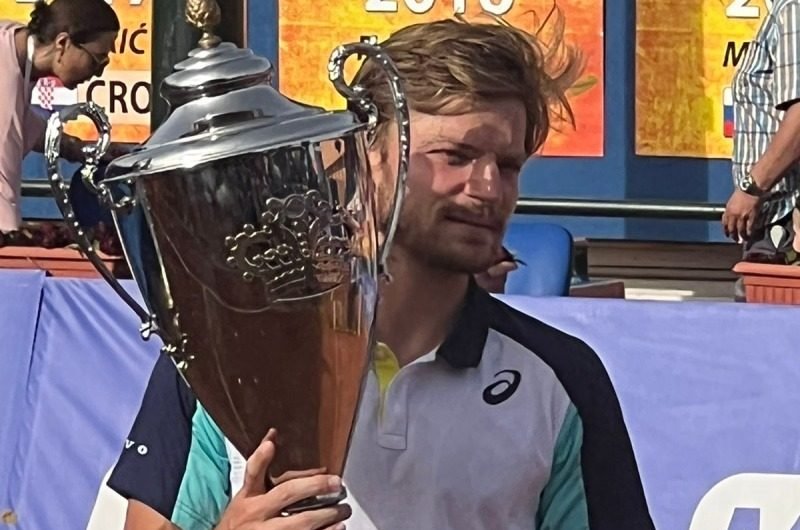 Belgian tennis player David Goffin won, on Sunday, the 36th edition of the Hassan II Grand Prix of Tennis, played on the courts of the Royal Tennis Club of Marrakech (RTCMA).

David Goffin (31) thus won his 6th ATP tournament since the start of his professional career in 2009.

In the semi-final of this tournament, counting for the ATP tour, David Goffin beat the Argentinian Federico Coria (60th in the world) by two sets to 0 (6-3, 6-3).

For his part, the Slovak Alex Molcan defeated the Serbian Laslo Djere, ranked 55th in the world and seeded No. 8 in the tournament, by two sets to 0 (6-1, 7-5).

Placed under the High Patronage of His Majesty King Mohammed VI, the Hassan II Grand Prix of Tennis is the only stage of the ATP Tour on the African continent.

Organized by the RTCMA under the aegis of the Royal Moroccan Tennis Federation (FRMT), this edition was enhanced by the participation in particular of the Canadian Félix Auger-Aliassime (ranked No. 9 in the world), three-time winner of the tournament, Spaniard Pablo Andujar as well as Briton Danial Evans (26th in the world).

The 35th edition of this tournament was won in 2019 by Frenchman Benoit Paire.