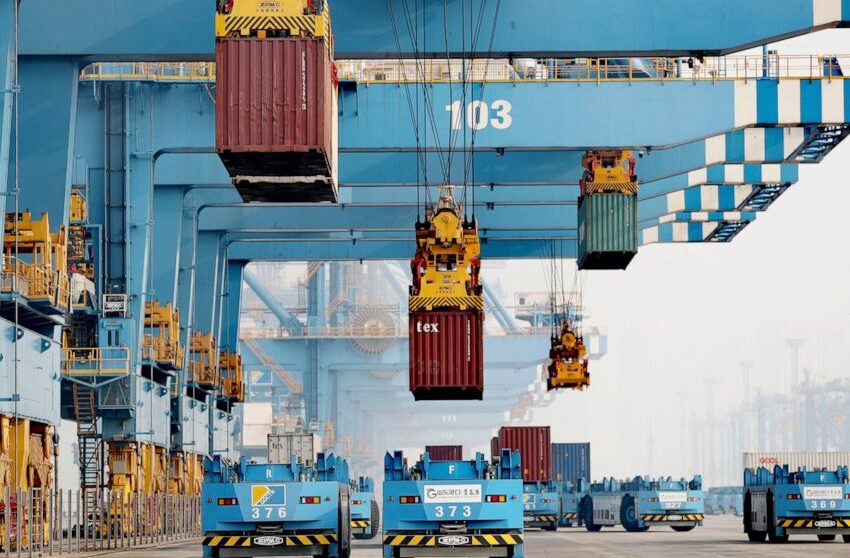 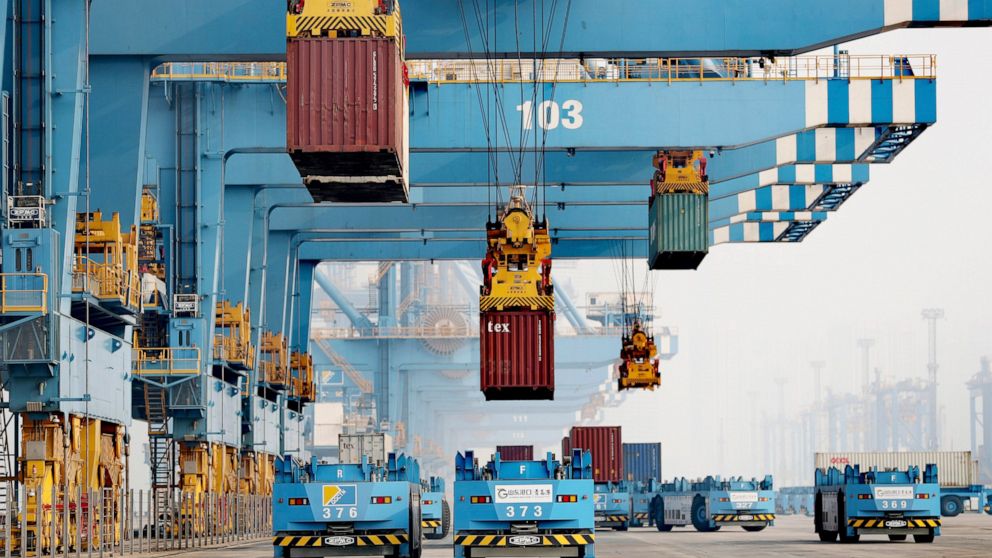 China’s exports rose 15.7% in March over a year earlier while imports were flat due to disruptions from coronavirus outbreaks

BEIJING — China’s exports rose 15.7% over a year ago in March while imports were flat amid disruption due to coronavirus outbreaks as the ruling Communist Party enforces a “zero-COVID” strategy to isolate every case.

Exports rose to $276.1 billion despite anti-virus controls in Shanghai and other industrial centers that are causing factories to reduce production, customs data showed Wednesday. Imports rose less than 1% to $228.7 billion.

China’s infection numbers are relatively low, but the “zero-COVID” strategy has confined most of Shanghai’s 25 million people to their homes since late March and suspended access to other manufacturing centers.

The anti-virus curbs have prompted fears global trade might be disrupted. Chinese officials say they are taking steps to keep ports functioning, but automakers and other factories have cut production due to supply disruptions.

Consumer demand also has been dampened by an economic slowdown triggered by an official campaign to cut debt in China‘s vast real estate industry. Economic growth slid to 4% over a year earlier in the final quarter of 2021, down from the full year’s 8.1%.

Exports to the United States rose 22.4% over a year earlier to $47.3 billion despite lingering tariff hikes in a feud over Beijing’s technology ambitions. Imports of American goods rose 11.5% to $15.2 billion.

China’s politically volatile trade surplus with the United States widened by half over a year earlier to $32.1 billion. It was one of the factors that prompted then-President Donald Trump to hike tariffs on Chinese goods in 2019.

With almost no growth in imports, China’s global trade surplus surged by 243% to $47.4 billion.

Beijing has criticized trade and financial sanctions imposed on Moscow by the United States, Europe and Japan over its attack on Ukraine. But Chinese companies appear to be abiding by them and trying to guard against possible losses in dealings with Russia.

Trade and manufacturing appear likely to suffer a bigger impact this month due to the shutdown of most businesses in Shanghai and suspension of access to Guangzhou, a manufacturing and trade center in the south, and industrial centers of Changchun and Jilin in the northeast.

Managers of the port of Shanghai, the world’s busiest, say operations are normal. But the European Union Chamber of Commerce in China has said its member companies estimate the volume of cargo handled by the port every day is down 40%.