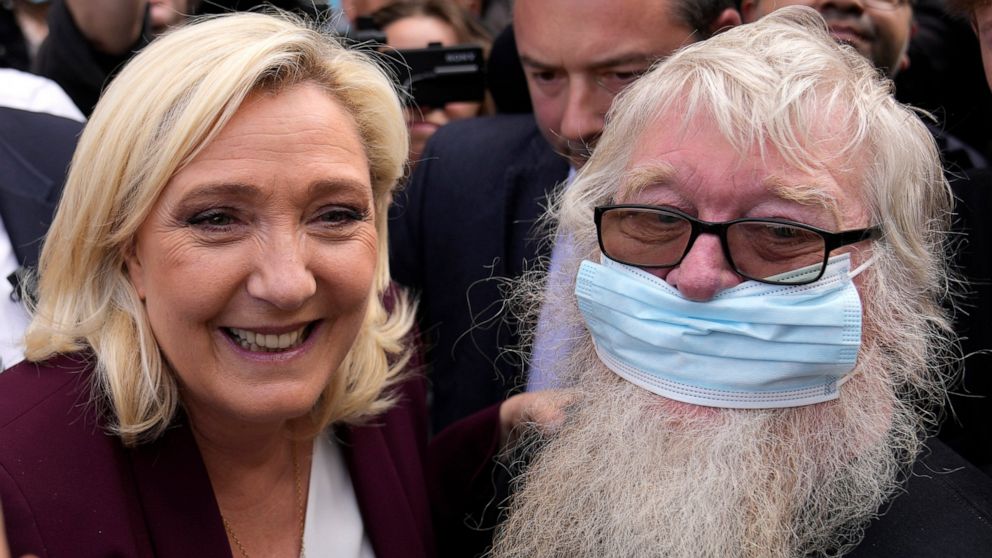 PARIS — A French television news and entertainment show that has long delighted in poking fun at Marine Le Pen and her father has become a battleground in the far-right leader’s election contest with President Emmanuel Macron.

After Le Pen said she is excluding reporters from the primetime program “Quotidien” from her press conferences, Macron stepped up his efforts to portray his challenge as a threat to France’s democracy and said she has shown “the real face of the extreme right,”

Both Le Pen and her father, Jean-Marie, have long been a favorite target of irreverent coverage by the evening chat, entertainment and news show on channel TMC.

“Quotidien” regularly casts a critical eye on French politics, calling out and teasing politicians for their foibles, inconsistencies and positions. The show is also a frequent stop for top stars and has more than three quarters of a million Twitter followers.

During a news conference on Tuesday, she said she personally decided to deny the show’s reporters accreditation as she crisscrosses France and campaigns for the presidency.

“There are no journalists at ‘Quotidien,’” she asserted.

Macron seized on the issue in a television interview Wednesday morning, accusing Le Pen of acting like an autocrat.

“When the same person on the same day says, ‘You are a journalist but this monsieur is not, because he says things that displease me,’ it’s the start of an authoritarian drift,'” Macron said.

“The real face of the extreme right is coming back,” he added. “It’s a face that doesn’t respect liberties, the constitutional framework, the independence of the press.”

Macron and Le Pen face each other in France’s April 24 election runoff.