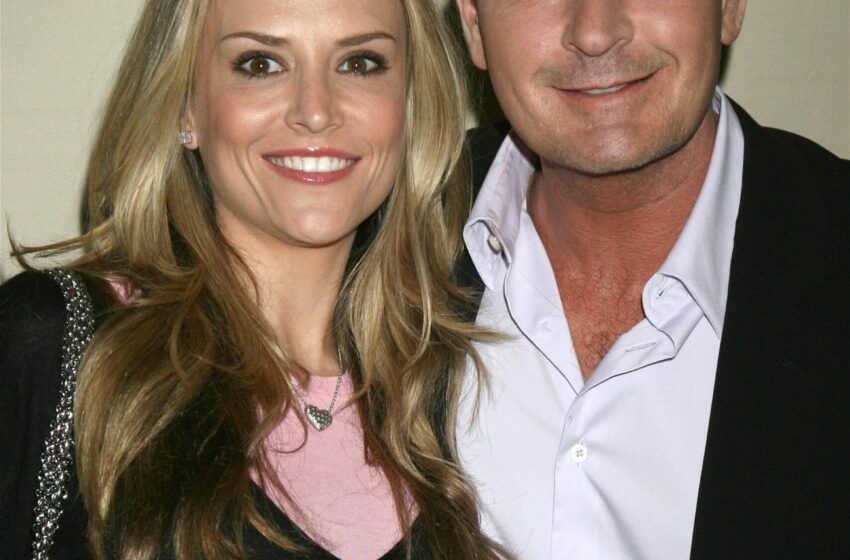 According to new legal documents, obtained by The Blast, the ‘Two and a Half Men’ star agreed on an undisclosed financial arrangement with Mueller and ended the former couple’s long-term custody battle in the Los Angeles County Courts.

As you know, the famous exes share two sons — Bob and Max — and Sheen has been paying a HUGE amount in child support since the couple’s split. For many years, Sheen was paying $55,000 a month in child support to both Brooke and actress Denise Richards, based on his massive income from television.

In 2018, Charlie filed legal papers to lower his monthly payments based on a drastic drop in income. “I have been unable to find steady work, and have been blacklisted from many aspects of the entertainment industry, he said in the documents. Adding, “All of this has resulted in a significant reduction in my earnings.”

Now, the legendary actor agreed to a financial deal with Brooke, and the court order reads, “that the Parties have reached a settlement regarding all issues raised” in (the modification of child support) and all hearings are taken off the court calendar. The order does NOT give an exact number agreed upon by the ex-couple.

Interestingly, Sheen made big news last year after a court ruled he didn’t have to pay any more child support to actress Denise Richards. In October, the court granted his request to stop payments after she failed to appear at a hearing for the case. Charlie spoke to reporters outside the courthouse following the hearing, saying he believed the decision was “extremely fair.”

As for Denise, she claims to have been blind-sided by the situation, with a source close to her saying, “Charlie filed two years ago and kept pushing the court date, so Denise was very surprised that it happened while she is out of town filming.” It should be noted, that one major change in the situation was Sheen’s daughter Sami moving in with her father. At the time, a source close to Denise said, “She’s a mom and a parent and there are rules,” and “[Sami] didn’t want to follow the rules. Charlie didn’t support implementing Denise’s rules. He has a different way of parenting and Sami decided to live with her dad.”

According to reports, the issues started after Sami took to Tik-Tok and described being “trapped” inside Richards’ household — claiming it was “abusive” and she was happier living with her father.

At this point, Charlie Sheen is doing great, and it was recently announced he is joining the cast of a new television show by ‘Entourage’ creator Doug Ellin. The show, ‘Ramble On,’ is a scripted dramatic comedy where Sheen and other stars like Kevin Connolly and Kevin Dillion play themselves. The show is a look at the actors looking for career reinvention, “alongside aspiring performers looking to make their own name.”