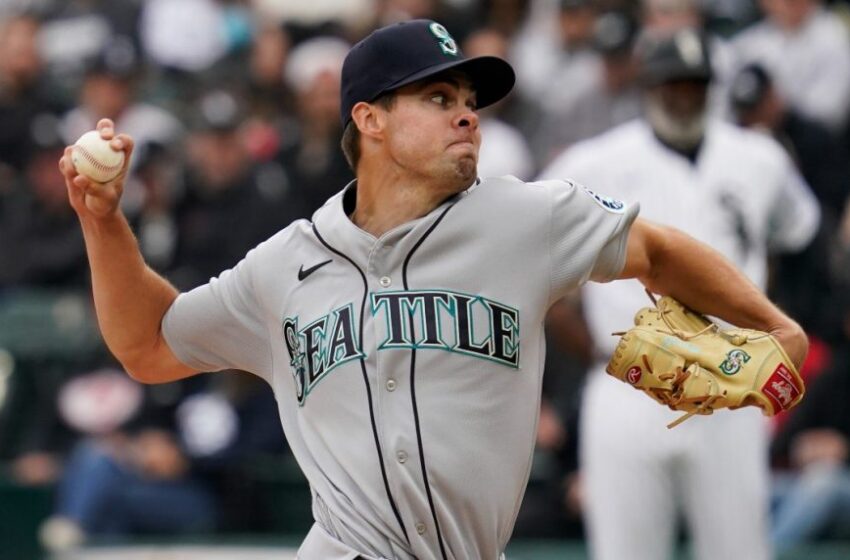 CHICAGO (AP) — Luis Robert hit his first home run of the season, a tiebreaking drive in the sixth inning that led the White Sox over the Seattle Mariners 3-2 on Tuesday in their home opener and extended their winning streak to three.

Seattle lost its third straight game after starting with two wins. The Mariners have scored 10 runs: only Baltimore (six) and Milwaukee (nine) began the night with fewer.

Reynaldo López (1-0) relieved left-hander Bennett Souza with two outs and two on in the fifth and threw a fastball past Haniger for a called third strike.

With Chicago leading 2-1, Aaron Bummer struck out Winker to strand two runners in the seventh. Winkler has gotten all seven of his outs this season on strikeouts.

With the potential tying run at second, Kendall Graveman threw a sinker past Jared Kelenic for a called third strike that ended the eighth.

Brash, a 23-year-old native of Kingston, Ont., hadn’t pitched above Double-A prior to Tuesday. Brash relied on a sweeping knuckle-curve and a fastball clocked as high as 99.2 mph, on a first-inning pitch to José Abreu. Brash threw 51 knuck-curves, 30 fastballs and four changeups.

Brash’s lone walk, to Josh Harrison with one out in the third set, up Chicago’s first run when shortstop J.P. Crawford bobbled Tim Anderson’s potential inning-ending double play grounder for an error.

Vince Velasquez, making his White Sox debut, gave up one run and two hits in four innings. Eugenio Suárez had both hits off Velasquez, including a solo homer in the second.

Robert walked in the eighth, stole two bases and scored when Eloy Jiménez bounced into a forceout.

Mariners: Reliever Andrés Muñoz won’t pitch on consecutive days through April, manager Scott Servais said. Munoz missed all of 2020 after undergoing Tommy John surgery and pitched in one game for the Mariners in 2021. Muñoz struck out the side in the eighth inning Monday against the Twins.

The Mariners will send 2021 American League Cy Young Award winner and former Blue Jay Robbie Ray (1-0, 1.29) to the mound on Wednesday, while the White Sox will go with LHP Dallas Keuchel, who will make his season debut. Ray threw seven innings of three-hit ball in a 2-1 win Friday over the Twins. Keuchel had a career-high 5.28 ERA last season and was left off the 2021 playoff roster.