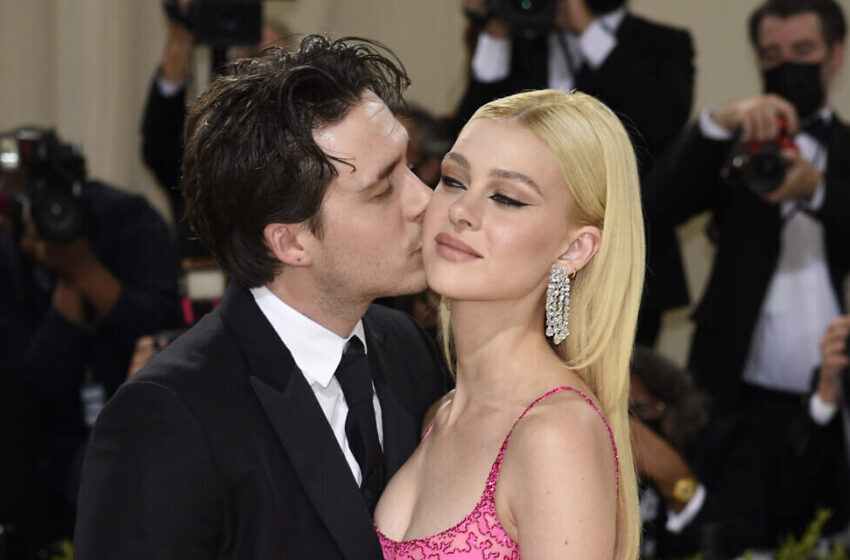 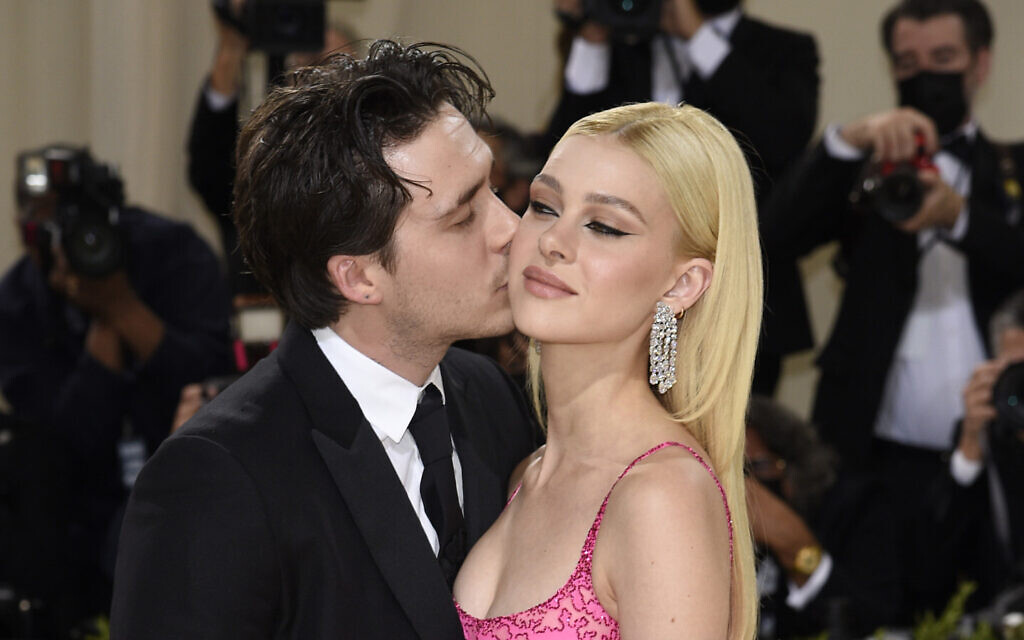 Soccer star David Beckham’s son Brooklyn stepped under the chuppah Saturday to marry access Nicola Peltz in a traditional Jewish ceremony complete with a rabbi, a ketubah, and the groom smashing a glass to seal the deal.

Beckham, 23, who hopes to be become a chef, and Peltz, 27, were married at the the Palm Beach estate of the father of the bride, billionaire Nelson Peltz.

Both Beckham and Peltz have Jewish heritage through their fathers.

The ceremony reportedly began at 6 p.m. Saturday and included many of the trappings of a traditional Jewish event.

The ceremony was overseen by a rabbi and the Sheva Brachot, or Seven Blessings, were recited in Hebrew. David Beckham himself reportedly read out one of the traditional blessings for the newlyweds.

Brooklyn also smashed a glass underfoot under the wedding canopy, an ancient Jewish tradition that memorializes Jerusalem as the center of the Jewish nation.

The couple were said to have signed a ketubah, a form of Jewish marriage certificate, as well as a prenuptial agreement.

David Beckham and his wife Victoria, a Spice Girl singer turned fashion designer, are estimated to be worth $494 million, while Nelson Peltz is said to have amassed a fortune of $1.6 billion.

Nicole wore a Valentino bridal gown for the occasion, flying twice to Rome to work with designer Pierpaoio Piccioi on the dress, the Daily Mail reported. Brooklyn was said to have worn a kippa to top off his dark suit.

Three huge marquees were set up at the $103 million dollar compound for 300 guests, among whom were tennis player Serena Williams, TV chef Gordon Ramsay and actress Eva Longoria.

David Beckham, the former British soccer star, has often identified as Jewish because of a Jewish grandfather.

“I’ve probably had more contact with Judaism than with any other religion,” he wrote in his autobiography. “I used to wear the traditional skullcaps when I was younger and I also went along to some Jewish weddings with my grandfather.”

In a podcast interview earlier this year Beckham said, “Every Saturday, when we’d turn up, my gran would have this most amazing chicken noodle soup with the matzah meal dumplings. That’s what I was brought up on.”

David and Victoria both have Hebrew tattoos, which they got to mark their sixth wedding anniversary, that read “I am my beloved’s and my beloved is mine,” from the biblical Song of Songs.

Victoria also has another another Hebrew phrase tattooed on her left wrist proclaiming “Together, forever, eternally” but she reportedly has been undergoing treatments to have her ink removed so that she will be taken more seriously as a businesswoman.

Nicola has a tattoo that says “family first” in Yiddish, the UK’s Jewish Chronicle newspaper reported. According to the JC, although Nelson’s wife, former model Claudia Heffner, never converted to Judaism, he is a “devout Jew.”

JTA contributed to this report.