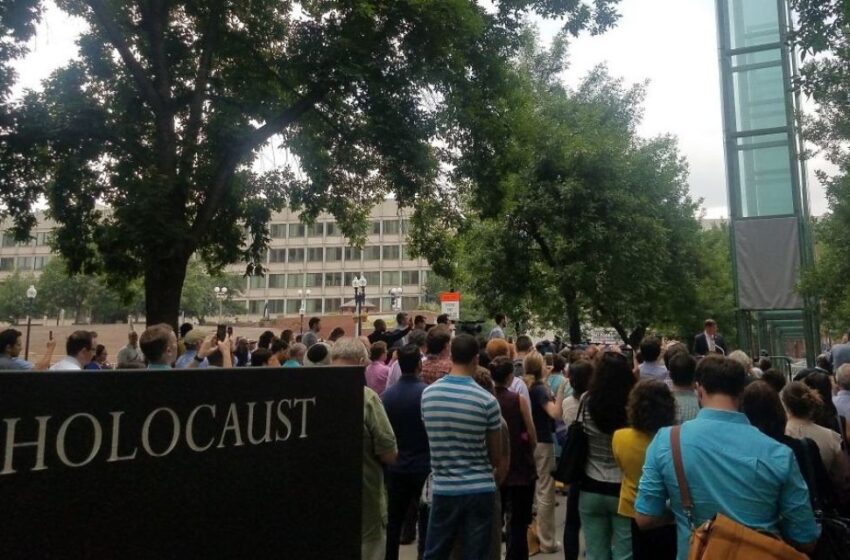 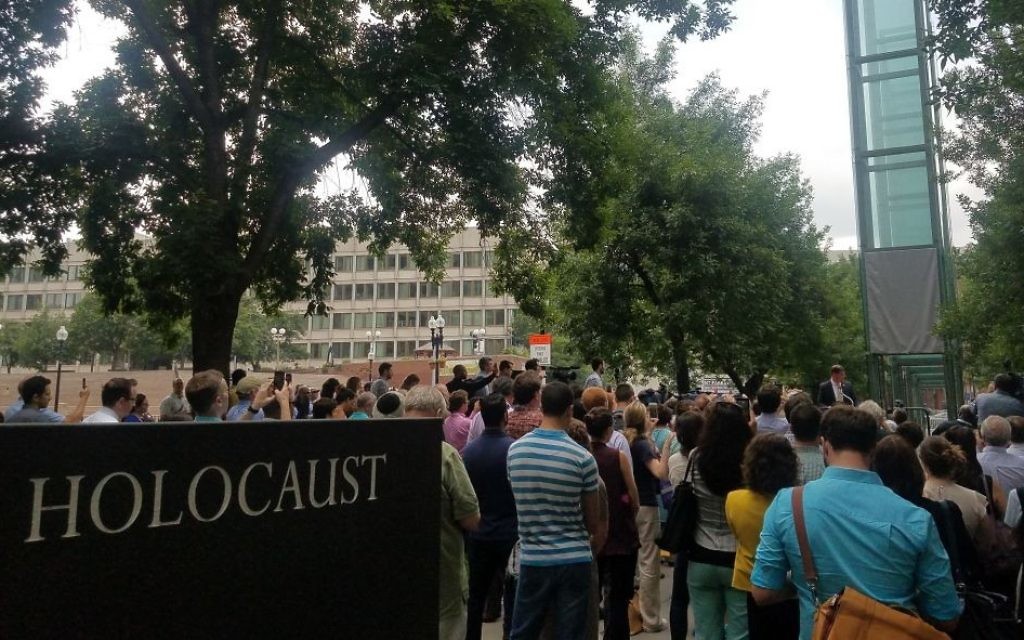 The Holocaust Legacy Foundation, which couple Jody Kipnis and Todd Ruderman founded after a 2018 March of the Living trip to Auschwitz, announced last week that it had purchased a 15,000-square-foot building near Boston Common, on the city’s American Independence-themed series of historical markers known as the Freedom Trail. The couple intends to turn it into a museum devoted to the memory of the Holocaust.

The cost was $11.5 million, according to The Associated Press.

The museum will strive “to make the lessons of the Holocaust relevant to new generations,” Kipnis said in a press release, describing the intended museum as an “interactive cautionary experience.” Ruderman added that the museum “will endeavor to commemorate the victims and survivors of the Nazi regime and the numerous genocides that happened before and since the Holocaust.”

They have already contracted a local architect to design the museum — Peter Quinn, in partnership with well-known architecture firm Berenbaum Jacobs Associates, which has also designed Holocaust museums in Dallas, Cincinnati, and Macedonia. The firm’s lead, Michael Berenbaum, was also project director for the US Holocaust Memorial Museum in Washington.

Funding for the museum is already in place, the couple say, although the announcement did not divulge their funding sources; they plan to start work on the project immediately. The couple are spearheading the museum independently: Other Boston-area Jewish groups, including the Combined Jewish Philanthropies of Greater Boston, are not involved.

“We welcome all efforts to expand educational opportunities and awareness about the reality, legacy, and lessons of the Holocaust,” Jeremy Burton, executive director of the Jewish Community Relations Council of Greater Boston, told JTA. “We appreciate the efforts of the museum trustees to engage and involve Boston area survivors, their descendants, and the stewards of the Memorial.”

Kipnis and Ruderman credited Holocaust survivor David Schaechter, a business partner of Ruderman and the subject of a 2018 documentary, with inspiring them to pursue the museum.

Also playing a role: their concern over the rise of antisemitism in the United States, including in Massachusetts, and over a destabilized Europe in the wake of Russia’s invasion of Ukraine.

Boston is already home to an outdoor monument to victims of the Holocaust, titled the New England Holocaust Memorial, but the new museum would be the city’s first indoor center dedicated to the topic.