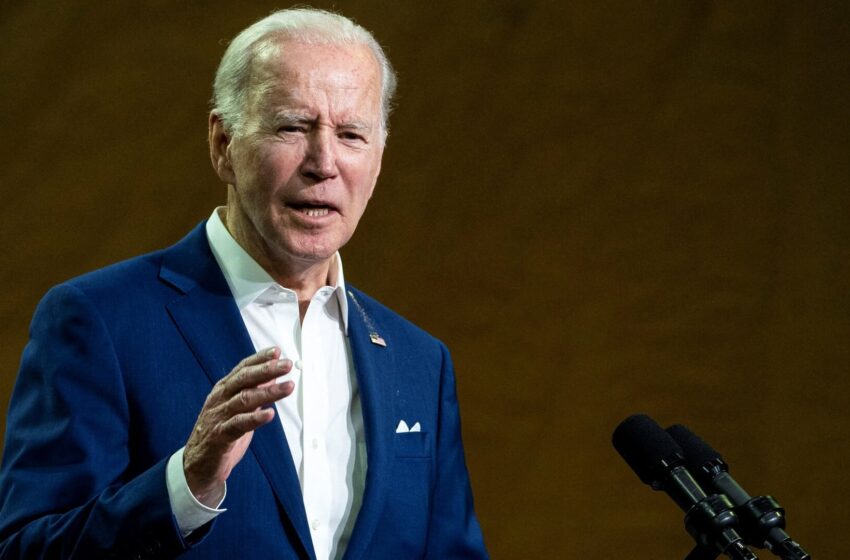 Biden, Trudeau say Russia is committing genocide in Ukraine. Proving that may not be easy

When U.S. President Joe Biden said that Russia’s actions in Ukraine constitute genocide, he clarified this was not a legal declaration and that he would let the lawyers determine whether the term technically qualifies in this case.

He said he used “genocide” because it had become clearer that Russian President Vladimir Putin is trying to “wipe out the idea of being able to be Ukrainian.”

But many international experts have mixed views over whether the standard-of-proof has yet been met for genocide occurring in Ukraine, which would require evidence that Russia is intentionally trying to destroy a national group.

“It is really a standard that is mind-boggling difficult,” said Leila Nadya Sadat,  an International Criminal Court prosecutor and director of the Crimes Against Humanity Initiative.

“The thing that’s difficult is in a lot of these cases, a great deal of the evidence is going to be circumstantial.”

U.S. President Joe Biden said prices shouldn’t depend on ‘whether a dictator declares war and commits genocide a half a world away.’ It’s the first time he’s referred to Russia’s invasion of Ukraine as a genocide. 0:34

The use of the term genocide follows reports of thousands of civillians killed in Mariupol, discovery of corpses shot at close range in Bucha, reports of deportation of Ukrainians and continued talk from government officials about de-Nazification,  a term that observers say is synonymous with de-Ukrainization.

“I can understand people getting annoyed or even angry about trying to make fine distinctions when people are being killed every day,” said American historian Richard Breitman, the former editor of Holocaust and Genocide Studies.

For the first time, Trudeau agreed that the war in Ukraine is a genocide, as mounting evidence is collected during Russia’s ongoing invasion. 1:08

The term was first coined in 1944 by Polish lawyer Raphäel Lemkin in his book Axis Rule in Occupied Europe, in part as a response to the Holocaust. According to the UN website, genocide was first recognized as a crime under international law in 1946 by the United Nations General Assembly and codified as an independent crime in the 1948 Convention on the Prevention and Punishment of the Crime of Genocide.

Under international law, genocide is an intent to destroy — in whole or in part — a national, ethnic, racial or religious group. According to the United Nations, this can include killings, serious bodily or mental harm, or inflicting lethal conditions and measures to prevent births, among other means.

But, as the UN states, “intent is the most difficult element to determine.”

“To constitute genocide, there must be a proven intent on the part of perpetrators to physically destroy a national, ethnical, racial or religious group,” according to the UN. “Cultural destruction does not suffice, nor does an intention to simply disperse a group.”

Individual nations can make their own determinations whether a particular incident constitutes a genocide. Canada, for example, formally recognized the Armenian genocide in 2004, while other countries have yet to make that declaration.

Only two events, according to the UN, have been given international recognition as genocide through international courts: the 1994 killings of Tutsi in in Rwanda and the 1995 Srebrenica massacre  during the Bosnian war.

Nazi leaders were prosecuted for crimes against humanity, as genocide had not yet been defined.

War propaganda, but ‘no Mein Kampf’

When it comes to Ukraine, Breitman said he believes the evidence of genocide is somewhat mixed. Initial reports suggested that Putin intended to install a puppet government in Ukraine which would not amount to genocide.

However, now that he has ordered the kind of warfare which inherently kills large numbers of Ukrainians, “maybe it is now genocide or moving closer to genocide,” he said.

Also, if Putin is deporting Ukrainians to Russia “and clearing the way for Russian settlement of Ukraine, that does amount to genocide. I say we’re moving pretty close if we’re not there yet,” Breitman said.

Rebecca Hamilton, associate professor at American University in Washington, D.C., said at this early stage of the conflict, there may be clues from which genocide can be inferred.

“Certainly every day there feels like there’s more and more evidence coming out that might point in that direction. But actually making the legal determination for genocide is really challenging and is going to take some time.”

Much of the evidence to prove genocide will have to be inferred, Sadat said.

For example, she said some previous cases have revealed communications between the leaders and the people in the field in which there’s talk about “leaving no package undelivered, meaning wipe out everybody you see.”

WATCH | Why making the legal determination of genocide can be challenging:

Rebecca Hamilton, associate professor at American University, explains why making the legal determination of genocide can be challenging, even if the images and accounts out of Ukraine are consistent with war crimes. 2:42

But Sadat said even with those kinds of communications, courts have been reluctant to convict, because challenges will be made over what “wipe out” really meant.

“A defence lawyer will say, ‘Well, we just wanted to move them.'”

Sadat said in Ukraine she certainly sees a pattern of ethnic cleansing, deportation, murder, sexual violence and attacks on civilians.

“But when I think of trying to prove it as the crime of genocide, my heart sort of sinks,” she said. “There’s no Mein Kampf here. We have a lot of writing. We have Putin talking about how awful the Ukrainians are and part of his war propaganda. But I think it’s going to be really difficult [to prove].”

William Schabas, a professor of international law at Middlesex University in London, said so far, he has seen no evidence that genocide is being committed in Ukraine.

While there’s lots of evidence of killings, “we don’t really have much to suggest the killing is being done with the intent to physically exterminate the group,” he said.

“And it has to be established basically like in a criminal case beyond a reasonable doubt.”

However, Alexander Hinton, director of the Center for the Study of Genocide and Human Rights at Rutgers University said he believes the issue of intent has been “fairly overtly stated by Putin.”

Reports of intercepted communications also indicate that a number of people including politicians, and people in the media are echoing Putin’s statements, Hinton said.

That includes talk about  “de-Nazification” in Ukraine.

“[That] now seems to be have expanded into anyone who supports the current Ukrainian government or espouses a strong Ukrainian identity is a Nazi,” Hinton said.

“I think we can say there’s probably a high likelihood, or it’s quite likely that genocide is taking place. The problem is …there are many reports and it’s hard to verify all those reports. That’s where I have my hesitation.”

The article, titled “What should Russia do with Ukraine,” advocates for de-Ukrainization, that Ukraine is “is impossible as a nation state,” and that the Ukrainian nationalist elite “need to be liquidated, its re-education is impossible”

Finkel, who recently wrote his own editorial for the Washington Post with the headline “What’s happening in Ukraine is genocide. Period,” said the Russian article had to be authorized by top government officials.

“That for me was the tipping point,” he said in an interview. “There’s some intent behind it.”