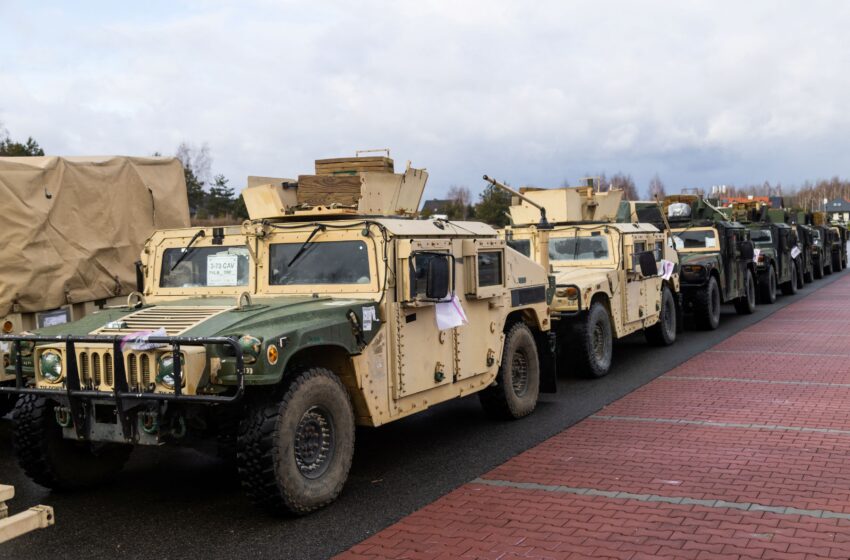 U.S. military vehicles are parked outside the G2A Arena near the Rzeszow-Jasionka Airport, Poland February 7, 2022.

The new package will contain previous weapons systems already deployed to the fight in Ukraine as well as “new capabilities tailored to the wider assault we expect Russia to launch in eastern Ukraine,” Biden wrote in a statement announcing the additional arms package.

The Biden administration said last week that it has provided more than $1.7 billion in security assistance to Ukraine since Russia’s invasion in late February. The U.S. has provided a total of $2.4 billion to Ukraine since the beginning of Biden’s presidency, according to the White House.