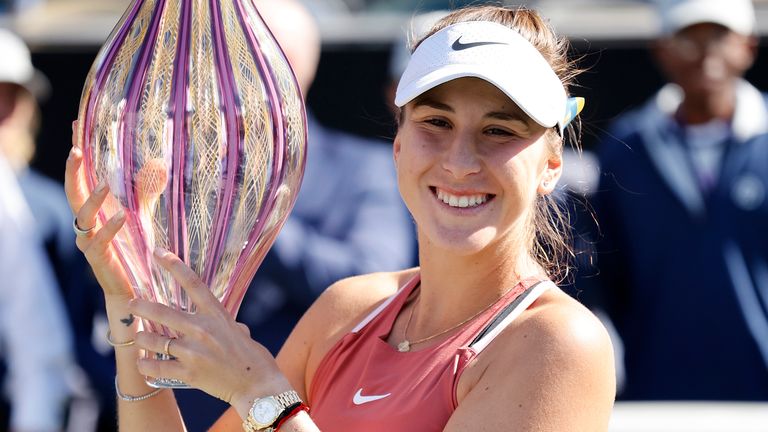 Former world No 4 Bencic, who beat Marketa Vondrousova to claim Olympic gold in Tokyo last summer, won her sixth WTA tour title and will climb up to world No 13 from 21 in the rankings.

World No 10 Jabeur was outplayed in the opening set and lost her first service game in the second, but hit back to take it 7-5 before Bencic won the crucial points in a topsy-turvy decider.

The final at the River Oaks Country Club between big-serving pair Opelka, 6ft 11in, and 2013 tournament winner Isner, 6ft 10in, was the tallest on the ATP tour in the open era.

Opelka clinched the only break of the match in the first set and went on to save three set points in the second-set tie-break, fighting back from 6-4 down to win his fourth ATP tour title.

Maria, a former world No 46, returned to action in August last year following the birth of her second daughter the previous April and is the lowest-ranked player to win a WTA title since Margarita Gasparyan won the Tashkent Open in 2018 when world No 299.

Belgium’s David Goffin fought back from a set and a break down to beat Alex Molcan in the Grand Prix Hassan II final in Marrakech.

Former world No 7 Goffin triumphed 3-6 6-3 6-3 in just under two hours having trailed 2-1 in the second set after losing his serve to the left-handed Slovakian.

Goffin, 31, now 74th in the world rankings, also saved a break point while leading 4-3 in the deciding set before finally overcoming unseeded Molcan, who had beaten top seed Felix Auger-Aliassime on his way to the final.