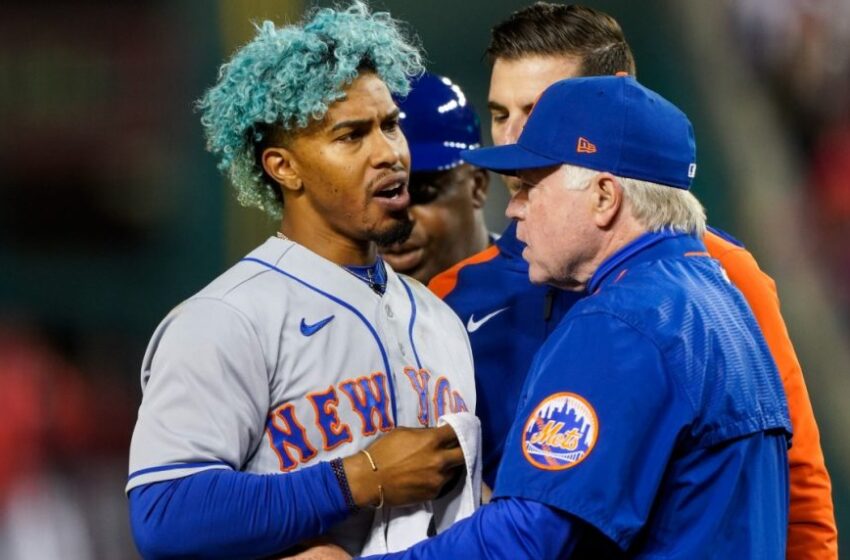 WASHINGTON — Benches and bullpens emptied and the Mets and Nationals confronted each other on the infield grass after Francisco Lindor was struck by a pitch from Steve Cishek in the fifth inning Friday night.

New York manager Buck Showalter led the charge after one of his batters was plunked for the fourth time in a span of 1 1/2 games to start the season.

Cishek was making his Nationals debut and had just entered in relief of starter Josiah Gray after the Mets had taken a 4-3 lead. Lindor squared to bunt, and Cishek’s second pitch was high and inside and hit the shortstop on the right jaw. Cishek was ejected.

Showalter and several Mets ran out of the visiting dugout on the third-base side yelling and headed toward the field as the umpires tried to get between them and Nationals, who began to leave their dugout on the first-base side. Soon enough, relievers streamed in from the bullpens beyond the outfield fences.

Away from the pushing and jawing groups, Nationals right fielder Juan Soto went over to check on Lindor, whose curly hair dyed blue stood out as he crouched down. It appeared the pitch caught a piece of the extended faceguard jutting off the end of his helmet.

Lindor pointed near his mouth as Showalter and a Mets trainer checked on him.

The game was delayed for more than 10 minutes in all, because even after the near-fracas dissipated, umpires chatted at length with both Showalter and Nationals manager Dave Martinez.

When Cishek was told he had to leave the game, he put his arms out wide as if to say, “Who, me?”

Left-hander Sean Doolittle was given time to warm up in the home bullpen before coming in to finish the top half of the inning.

Showalter said after Friday’s game there was some emotion in the Mets dugout after Alonso was struck by a pitch from Mason Thompson in the ninth.