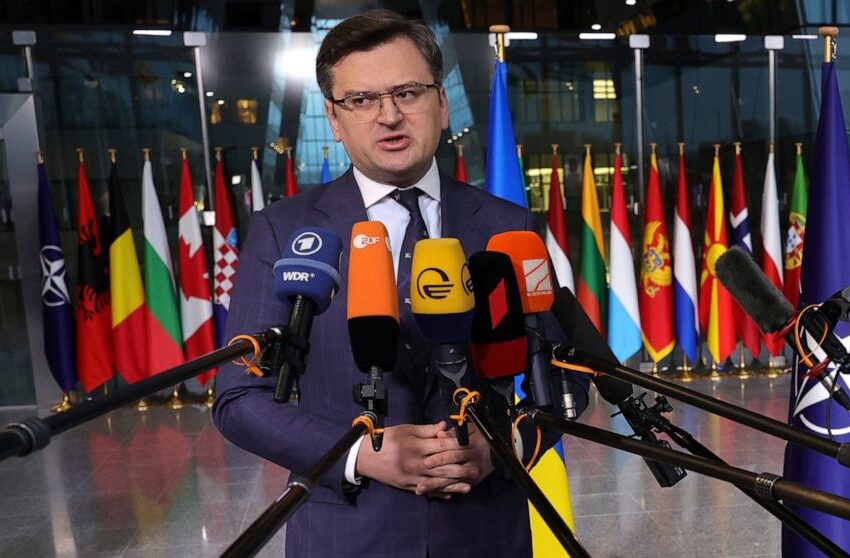 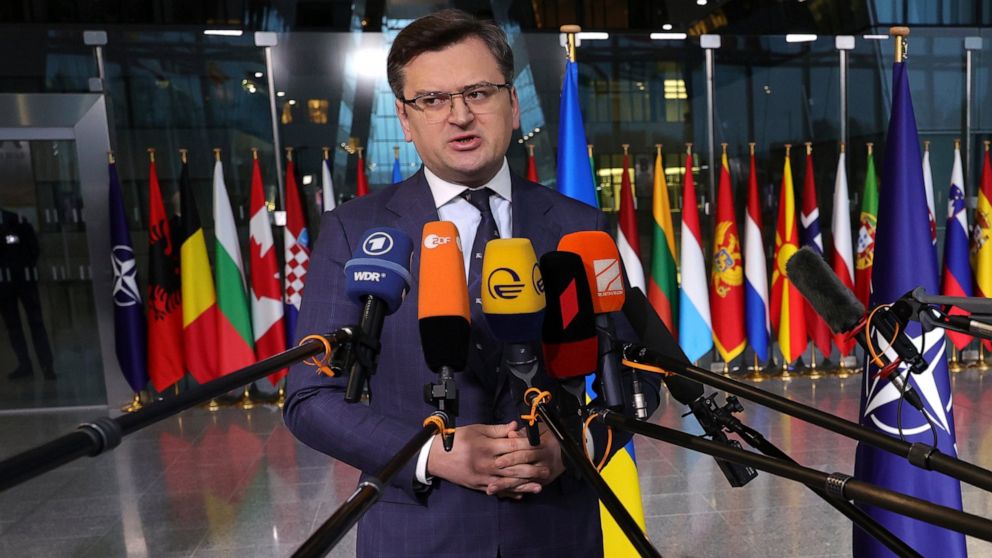 BRUSSELS — Spurred into action by reports of atrocities in Ukraine, NATO countries agreed Thursday to ramp up the supply of weapons to Kyiv, including hi-tech arms, amid concern that Russia is about to launch a large offensive in the eastern Donbas region.

NATO, as an organization, refuses to send troops or weapons to Ukraine or impose a no-fly zone to prevent Russia from completely overwhelming its neighbor. Individual member countries have provided anti-aircraft and anti-tank weapons, as well as equipment and medical supplies.

“There was a clear message from the meeting today that allies should do more, and are ready to do more, to provide more equipment, and they realize and recognize the urgency,” NATO Secretary-General Jens Stoltenberg said after chairing a meeting of allied foreign ministers in Brussels.

Stoltenberg declined to say which countries were stepping up supplies or what kinds of equipment they might send, but he said: “Rest assured, allies are providing a wide range of different weapons systems, both Soviet-era systems but also modern equipment.”

One of the drawbacks of sending modern arms is that Ukrainian troops would have to learn how to to use them, but some NATO nations raised the possibility of providing training outside of the war-ravaged country.

Britain was outspoken about its intentions.

“We’ve agreed to step up support for Ukraine and we’ve also recognized that the conflict’s entered a new and different phase with a more concentrated Russian offensive,” British Foreign Secretary Liz Truss said.

“There was support for countries to supply new and heavier equipment to Ukraine so that they can respond to these new threats from Russia. We’ve agreed to help Ukrainian forces move from their Soviet-era equipment to NATO-standard equipment on a bilateral basis,” Truss said.

After talks with his NATO counterparts, Ukrainian Foreign Minister Dmytro Kuleba said he was cautiously optimistic that some countries would boost weapons supplies. But he warned that those arms must get to Ukraine quickly, with Russia set to attack more widely in the east.

“Either you help us now, and I’m speaking about days, not weeks, or your help will come too late,” Kuleba told reporters.

He also criticized some Western countries for failing to impose sanctions quickly enough, or of acting too late, highlighting his point with the case of the town of Bucha on the outskirts of Kyiv, where war crimes have been reported.

“How many Buchas have to take place for you to impose sanctions? How many children, women, men, have to die,” Kuleba said, “for you to understand that you cannot allow sanctions fatigue, as we cannot allow fighting fatigue?”

He was also critical of Germany and urged it to cut red tape and speed up support to Ukraine.

Germany was widely criticized earlier this year for its refusal to provide only non-lethal supplies, as Ukrainian cities buckled under Russia’s air and ground offensive. But once President Vladimir Putin ordered Russian troops to invade, Berlin changed tack, sending arms and ramping up defense spending.

German Foreign Minister Annalena Baerbock said that her country is “looking closely with our partners at how we can support Ukraine in the future more intensively, and more coordinated because they have a right of self defense and we will support this.”

Some of the countries sending weapons are making a distinction about what kind of support they can provide. Ukraine, they argue, should only receive arms that can be used for defensive purposes and not war planes or tanks that might allow the country to take the offensive, rather than hold out.

NATO’s great fear is that its 30 nations might be dragged into a wider war with nuclear armed Russia.

But Stoltenberg rejected the rhetorical arguments over what support to provide. “Ukraine is fighting a defensive war, so this distinction between offensive and defensive weapons doesn’t actually have any real meaning,” he said.

Stoltenberg said that he has “urged allies to provide further support of many different types of systems, both light weapons but also heavier weapons.”

Despite the allegations of Russia war crimes and warnings that more atrocities might come, it appears unlikely, at least for now, that the world’s biggest security alliance will agree as an organization to arm Ukraine and help end Europe’s biggest land war since 1945.