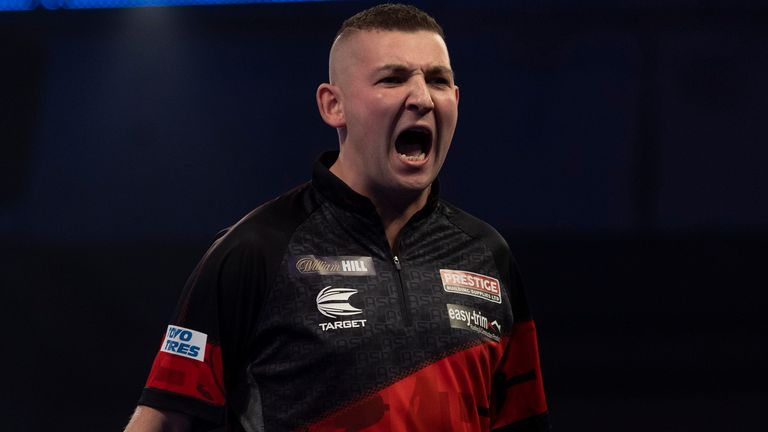 Nathan Aspinall, who has been plagued by a wrist injury since the end of 2021, secured his first ranking title for two years with Sunday’s success in Barnsley; Dutchman Dirk van Duijvenbode defies 104 average from Ryan Searle to win a thriller on Saturday

Aspinall, who has been plagued by a wrist injury since the end of 2021, secured his first ranking title for two years with Sunday’s success.

The injury, affecting the tendons in the wrist of his throwing arm, saw Aspinall take some time away from the game at the beginning of the year as he underwent a period of rest and rehabilitation.

But the former UK Open champion has battled through the pain to reach the semi-finals of a European Tour event since returning to action as well as the final of a Players Championship event last week, before sealing the £12,000 winners prize against Campbell. 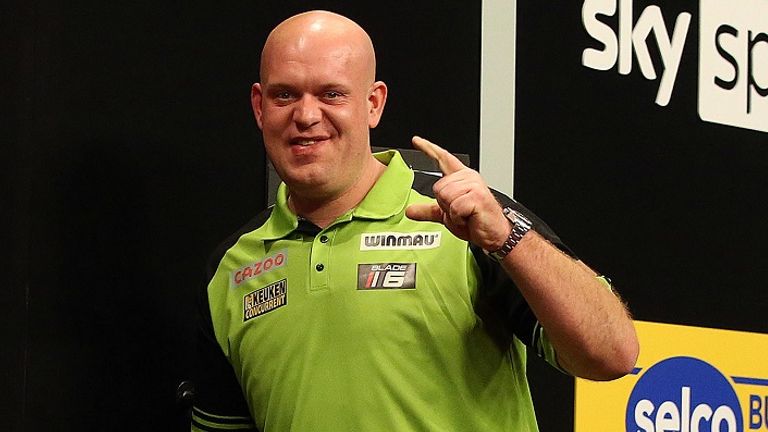 “I feel so emotional, I’ve had a terrible six months with so much going on. It was only a few weeks ago I was wondering if I would ever play at the same standard again,” said Aspinall.

“I have put so much work in over the last few weeks to try and get back to the level I know I could play, and it’s all come together today.

“In two years since I’ve won a tournament, you start to doubt yourself if you belong with the big boys. But over the last couple of weeks, I have put the time in and I am reaping the rewards, and today I am the winner.”

Aspinall credits a chat with his surgeon for his recent resurgence in form and change in mindset, despite the fact the wrist still needs a lot of work to be fully recovered.

“It is still an issue, the tears are still there and you have to let them heal for maybe 12-18 months,” he said.

“I got the good news that I might not require surgery and I am having an injection a week on Tuesday and that should help it.

“I know I am a Premier League player, a top eight in the world player, but I have had a lot of stuff go on.

“Now my mentality and my head is so clear, and I need to get back to where I was in 2019, winning tournaments, TV tournaments and be back in that Premier League. I just need to keep trying my hardest, and put myself in that position.”

On Saturday, Van Duijvenbode enjoyed his first taste of senior success in 2021, and added another £12,000 title by defying a 104 average from Ryan Searle to win 8-7.

“It was satisfying,” said Van Duijvenbode. “I think I played very well all day and I didn’t have the feeling that I had all day in the final.

“The 146 was my one chance to get in the final. When I made it to seven [legs] I started shaking and stopped hitting the big scores.”

Van Duijvenbode ignited his career with a run to the World Grand Prix final in 2019 and has broken into the world’s top 16, but believes he must improve to challenge for top honours.

“I think I’m the biggest opponent of myself, because I feel like I can play a 100 average every game I play, but I don’t do it,” he added.

“Most of the time, I get in my own head, and then you end up losing to players who you don’t think you should lose to.

“I don’t see myself yet winning a tournament on TV, but every year I’m getting closer in getting more adult in my game. 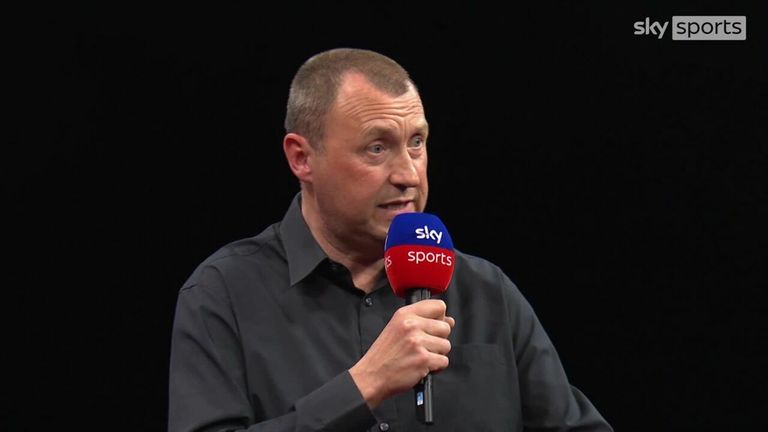 There is now a month’s break in the Players Championship calendar, with events 14-15 taking place in Wigan from May 10-11.

The PDC European Tour resumes over the Easter weekend with the German Darts Grand Prix in Munich from April 16-18.