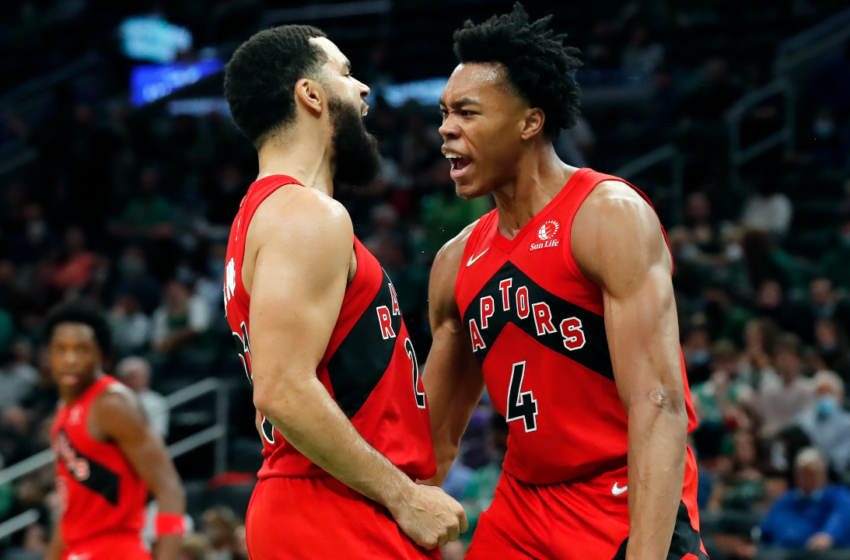 As Raptors conclude regular season, Nurse already onto next project against 76ers

There are plenty of unknowns this season for the Toronto Raptors, but one constant:

Whatever juice the roster had to give, Raptors head coach Nick Nurse would find a way to squeeze it out of them.

There were moments it looked like he was stuck with a lemon – the Raptors were in 12th place 31 games into the season, and looked to be there on merit – but he found a way to make his own brand of lemonade.

The final game of the season on the road against the New York Knicks was a decent advertisement for what has been a terrific season.

With their playoff seeding assured – the Raptors were going to finish fifth, win or lose, it was just a matter of which of Boston or Philadelphia would finish fourth – the Raptors opted to rest Fred VanVleet and his wonky knee and give Pascal Siakam a well-deserved night off rather than risk a sprained ankle at the worst possible time.

In addition, Nurse himself couldn’t make the start as a stomach bug had him feeling poor enough before the game that being on live television would have been a poor choice, so assistant coach Adrian Griffin took the reins for Game 82.

Meanwhile, the Knicks were without RJ Barrett (knee), Julius Randle and it didn’t look like anyone was too worried about it.

It would have been easy for the Raptors to coast into a day off prior to the week of preparation for the first-round series against – it turns out – the Philadelphia 76ers who did, indeed, finish fourth.

But the Raptors – or this version of them – competed for most of the night before the garbage time kicked into high gear in the fourth quarter of what ended up being a 105-94 Knicks win.

The Raptors were led by Chris Boucher who had 21 points off the bench, while the Knicks got a career-high 42 from Obi Toppin.

The Raptors finish the schedule 48-34, which is about 12 more wins than Vegas had laid out for them when the season started.

Proving Vegas wrong is not a big deal, but what is a big deal is how far the team has come and how far many individuals have come. It’s always a bit of an over-simplification to credit coaches when teams over-achieve and blame them when they fall short of expectations, but it’s not an exaggeration that in the hands of a coach and staff that lacked the acumen of Nurse and his assistants, this version of the Raptors could have slid into the draft lottery and no one would have blinked an eye.

This is a roster without a centre; without a proven backup point guard, that doesn’t shoot well and for much of the year lacked anything close to a quality bench rotation. Their best player, Siakam, didn’t play for the first 10 games of the season and was ineffective for the next ten. Their other best player, VanVleet, has been reduced to part-time status since the all-star break with only glimpses of his all-star form when his knee allows. This was supposed to be OG Anunoby’s breakout year and he’s played 48 games in between injuries. Nurse has played rookie Scottie Barnes at point guard and centre on consecutive nights he’s led the team and all first-year players in minutes played.

And this is all after losing Kyle Lowry, the Raptors icon, in free agency.

It could easily have gone the wrong way, but Nurse made it all work. The NBA’s coach of the year in 2019-20 has done even better work with less this time around.

It starts with the fact that the fourth-year head coach sees all glasses as half full, and is more than prepared to do whatever it takes to top them up from there.

He didn’t see the Raptors for their flaws, but for their strengths, and their potential.

There have been two critical components those expectations being met if not exceeded – well, three, if you count the tendency of US-based pundits and bookmakers to consistently under-estimate the Raptors’ overall talent.

The first has been the way Nurse identified – with help from the Raptors front office and analytics staff – a way to play that worked to his roster’s strengths. The Raptors weren’t a great shooting team and lacked the kind of paint or post punch to generate endless trips to the free-throw line, so what to do?

Take more shots. That’s the simplest way to explain what the Raptors do well. They may not have a single big body, but they have lots of pretty big ones and Nurse has licensed them to chase down offensive rebounds to create more shot opportunities – as long as they work to get back in transition too.

The result? The Raptors are second in the NBA in offensive rebounding percentage and No. 2 in second-chance points while also ranking ninth in the opponent fast-break points.

Similarly, the Raptors’ send double teams all over the floor and trust length, hustle and smart rotations will see them through if and when the ball starts flying around. As a result, they are second in steals and second in points off turnovers. Add it up and Toronto leads the NBA in the difference between the number of shots they take (91.3) and the number of shots they allow (84.3).

That’s how you win nearly 50 games while ranking 27th in True Shooting percentage. How bad is that? The only three teams below them are Orlando, Detroit and Oklahoma City who have been battling each other for the worst record in the NBA all season. The two teams immediately ahead of them are Portland who has been trying to lose games since the trade deadline and New York, who simply aren’t good.

It doesn’t always work – the Raptors out-shot the Knicks 92-87 and still lost which happens when you shoot 39.6 from the floor – but it gives them a chance most nights.

But it’s the other element of Nurse’s approach that may be even more impressive.

Time and time again he’s shown the willingness to be patient with players, even when the belief that they’ll turn things around seems misplaced.

And he’s not in the business of sugar coating. As VanVleet told me for my feature on Siakam:

“Nick’s got to open the door. You might not always like what you hear, but he’ll give it to you straight.”

But he is in the business of understanding failing is often part of learning. Nurse and Siakam were on tense terms at points last season, but that didn’t prevent Nurse from continuing to give him reps as the lead ball-handler in crunch time. It didn’t always work out, but would Siakam be as comfortable in those moments as he has so often this season without the opportunity to stumble, painful as it was at the time?

Maybe not. Some coaches wouldn’t be able to get past the difficulties he had with Siakam last season. Nurse did, and Siakam has delivered an all-NBA season.

Similarly, two key cogs in the Raptors late-season surge – they were tied for the league lead in wins since the all-star break before the ball went up last night – were players a lot of fans, and no shortage of coaches might have given up on based on their early season play.

Precious Achiuwa looked overwhelmed in October, November and even December. Over the last half of the season, Achiuwa has averaged 10 points and six rebounds off the bench and is shooting 40 per cent from three while proving one of the most versatile and switchable defenders the Raptors have, or any team has. There were stretches early in the year Achiuwa wasn’t shooting 40 per cent at the rim. But Nurse stuck with the 22-year-old and the reward is a rotation-quality player with significant upside.

Meanwhile, Chris Boucher was in a deep funk early in the season. Everything he tried didn’t work. His breakout season a year ago looked like a one-time thing. He couldn’t shoot and the rest of his game was being affected.

Nurse stuck with him and encouraged him to simplify his game. The result is Boucher has been instant energy of Nurse’s bench in the second half of the schedule, using his length to defend the rim and fly out to shooters and fearlessly pursue offensive rebounds at the other end. The shooting has begun to come around.

It’s never too late to get better.

“You know that’s part of what we do,” said Nurse. “We really dig into player development. It’s a 12-month-a-year process for us. We just try to coach the best we can, put the absolute best game plans out there every night to play a team, and I think our guys respond to that.

“They get into the player development. They start seeing some success. That builds. And then they start executing the game plans pretty well here the last couple months. They weren’t doing it real good here the first three months, but they have the last three for sure. That’s been enjoyable to see.”

Nurse should get coach of the year consideration for engineering a regular season no one but him saw coming.

But he’s already onto his next project. It begins this week, once again he sees the glass half-full, “I expected to be a playoff team. But I don’t expect to just be here. We’ve gotta play here in these playoffs. It’s gonna be a great experience for us. Our guys need the experience. Like we always do, we’ve got to play to win.”

You know they will.