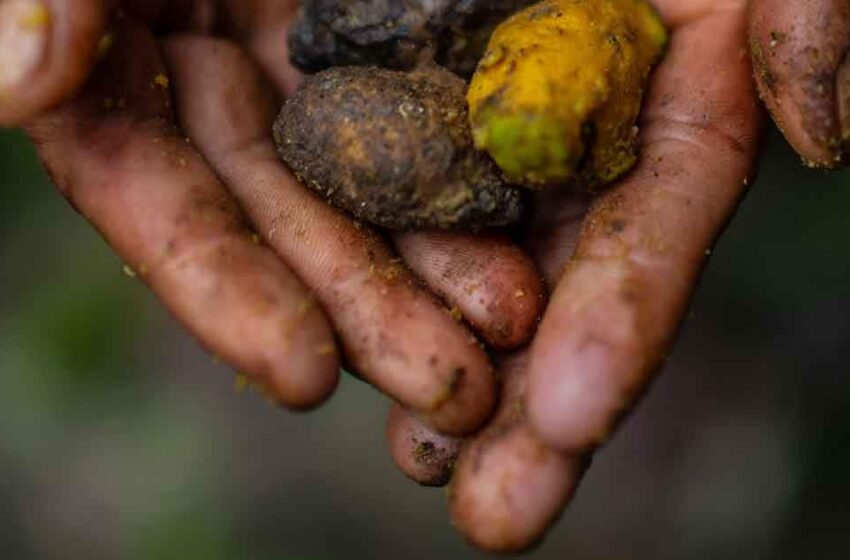 An Indigenous village works to save a Brazilian forest, seed by seed RIPÁ, Brazil — The men and women started off with their chief by truck, riding several miles until the road from their small village became too soft for the vehicle’s bald tires. They then kept going on foot, walking in single file across a muggy plain of knee-high emerald grass.

The savanna’s slight trees provided little shade, but the heat didn’t matter given their mission.

“Listen to me carefully,” the chief’s daughter Neusa Rehim’Watsi’õ Xavante told an outsider accompanying the group. “The love we feel for the plants and the seeds make us walk under the scorching sun without complaining.”

Most of the approximately 20,000 Xavante people live in a mosaic of spindly forest and wooded grassland known as the Cerrado, which covers almost half of the central Brazilian state of Mato Grosso. Though drier and less dense than the Amazon Basin to the north, it has exotic flora and fauna seen nowhere else. Conservation biologists call it the most biologically rich savanna in the world, with 5 percent of the world’s plant and animal species.

The expedition, or dzomori, leaves Ripá for a day of collecting native seeds on the savanna of Mato Grosso, Brazil. Brazil’s Roncador mountain range looms over the savanna as the Xavante women continue their expedition on foot. Gabriela picks buriti fruits from a waterlogged stream bank deep within Indigenous territory. Ripe buriti fruits resemble small, round jewels.

Yet during the past three decades, Mato Grosso has become a global hot spot for deforestation. About 12 percent of its Cerrado — an area larger than Denmark — has been deforested since 2000. Vast expanses have been cleared and replaced by industrial plantations of soy, corn and cotton. The destruction has only accelerated since right-wing president Jair Bolsonaro, a cheerleader for corporate farms, took office. Indigenous lands have been a particular target.

Seven years ago, Ripá joined a movement to help restore the Cerrado’s vegetation and bolster the community’s own gloomy fortunes by selling seeds gathered on its land. Its villagers make frequent harvest journeys called dzomoris, long expeditions that have honed their superb seed-collecting skills.

“With the seeds, we will reforest,” explained chief José Serenhomo Sumené Xavante. “That’s why we need native seed.”

The movement has made some progress, with 29 square miles of forest being replanted so far. Ironically, the people and companies buying the seeds at the heart of the effort are the ones to blame for the land being cleared. And the government agencies pushing reforestation are among the ones that failed to prevent the forest’s destruction in the first place.

Jatoba seeds are among the many riches that grow in the central Brazilian state of Mato Grosso. Heloisa carries her fruit-and-seed basket, with the rope through its handles looped over her head. Baskets of fruits, seeds and herbs from the savanna await the expedition’s return to the village.

A rattlesnake blocked the path, the chief clubbed it, and the group continued on. The land sloped gently upward toward the Roncador mountains, a rocky ridge that is sacred to the Xavante. Near the outcrop, trees grow closer and taller, and the air cools.

They stopped at a marsh in a saddle between bluffs, and the women fanned out across labyrinthine rivulets of water. They scooped handfuls of fruit the size of jumbo strawberries off the soggy ground into baskets woven from the fibers of palm leaves. The ripe, oval drupes had fallen from buriti palms — also known as swamp palms — that live where the ground is waterlogged.

Buriti are a favorite of the Xavante people. The scaly skin peels off easily, and the soft flesh is refreshing. The fruit is sold fresh in many parts of tropical South America. It’s also macerated in factories and made into juice, ice cream and jam.

LEFT: Back in Ripá, Veronica checks and sorts the seeds gathered that day. RIGHT: Seeds from the mirindiba tree are laid out on giant fronds.

The Ripá women don’t sell their harvest, though; they sell the seeds. The income it produces is not much — about $1,200 a year for the entire community — but it supplements what they earn selling handicrafts and what they receive in modest government subsidies.

Income is not the point, though. “The non-Indigenous people are destroying the Cerrado and don’t understand nature,” Neusa said. Each dzomori collecting seeds helps to heal the damage that’s been done.

On this all-day trip, the search extended beyond the buriti.

One woman climbed the gnarled crown of a squat murici tree. She shook it hard. Firm fruit that look like yellow crab apples rained down. A little ways off, other women snapped pale, mango-size fruit off the slender branches of an angelim tree.

All of these, with marketable seeds, they tossed into their baskets. By afternoon, each had collected nearly a bushel of fruit.

The clearing of Cerrado and Amazon forest is a problem not just on Indigenous land. Brazil’s Forest Code and state laws require that landowners leave part of their property in its native state as a forest reserve, with the percentage varying by region and vegetation type. In Mato Grosso, between 35 percent and 80 percent of the forest is supposed to remain intact.

Owners who illegally clear land, ignoring the set-aside requirement, must then replant native trees. That creates the need for seeds such as the buriti, murici and angelim.

Most of the demand comes from large commodity farms. The Forest Code gives high priority to protecting and replanting river shorelines. Road construction and other public works projects often are required to replace damaged vegetation.

Ripá and 24 other Indigenous communities in the state sell what they gather to a network known as Rede de Sementes do Xingu, Brazil’s largest native-seeds supplier. A coalition of Indigenous and non-Indigenous people founded it in 2007 to reforest the shoreline of rivers in the basin of the Xingu River, a tributary of the Amazon. RSX ships seeds and provides help planting them. Farmers both in and outside Indigenous territories are involved, as are some city dwellers.

LEFT: A worker at the Xingu Seed Network weighs a bag of peroba tree seeds.
RIGHT: Nearly 200 species of native seeds are displayed for the network’s customers.

In its 15 years, RSX has sold more than 300 tons of 220 species of seeds, including the walnut-size seed of the pequi tree and that of the embaúba, a seed that is smaller than a grain of rice. Almost all this has been purchased within Mato Grosso.

The amount of land it has replanted to date is notable — an area slightly larger than Manhattan. But in Mato Grosso, Brazil’s largest grain grower and home to the country’s largest cattle herd, 29 square miles can’t balance out what has been lost. About 1,000 square miles were cleared just last year.

Bruna Ferreira, RSX’s longtime director, concedes that the Sisyphean task of bringing forests back “sometimes seems hopeless.” But, she said in an interview, the accomplishments shouldn’t be judged only by the small percentage of land restored. The effort is “a work of resistance, making these communities stronger.”

After the chief, his daughter and the other women returned to their village, there was more work to do with what had been collected. Djanira Pe’Wee Xavante culled through the murici fruit she’d brought back, picking out the best ones for eating and breaking off the rotten parts.

After hulling the fruit, she’d leave the seeds out to dry. Buyers would combine them with dozens of other seed species in a mixture that, cast by hand, should within a decade grow into an expanse mimicking native forest.

Restoring the Cerrado often seems mostly a labor of love, Neusa said. Yet it’s worth it, she added. “If you love the Cerrado, it gives back to you.”

Reporting and photography for this story were supported in part by a grant from the Pulitzer Center.