Unfortunately for those of you out there that believe people who post viral cat videos on Twitter should have more of a say in All-NBA awards, the league forgot to give me a vote this year. That didn’t stop me from spending way too much time filling out a fake ballot.

You can quibble with which of the three All-NBA teams certain players should make, but every ballot should have some surefire locks on them. They look like this:

On paper, media members are asked to pick 15 guys. In reality, they’re selecting three more guards and an assortment of three forwards or centers, depending on if you classify Jokic and Embiid as centers or forwards (they’re eligible at both positions).

In order to prevent missing anyone, I made up a list of all of the players with at least a 10 percent likelihood of getting named to the team, erring on the side of being too generous with those odds. Before you call me an idiot for missing your favorite player, know that I am a huge proponent of putting your money where your mouth is.

If you think that your guy is missing from my candidates list, send me a dollar on Twitter (my profile accepts tips). I’ll send you $10 back if he ends up making an All-NBA team. Because I’m such a nice guy, I won’t even charge you any juice on your 10 percent bet.

Here is my pool of reasonable choices for each position:

Let’s start with the guards, which will be the toughest category by far.

In order to be able to write one of these columns, you need to embrace the heel role a little bit. Trae Young, please lend me your power. 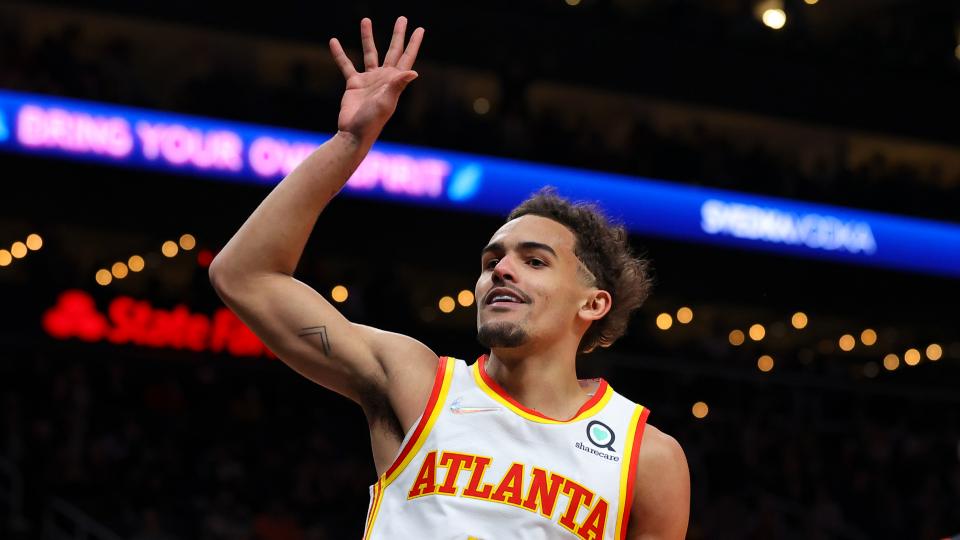 Young won’t get the most buzz, but he would be my first pick behind the locks of Curry, Booker, and Doncic. Young remains one of the worst defenders in the league, his team has underperformed relative to expectations, and there have been questions about how happy teammates are with his ball-dominant style. He’s been so unbelievable on offense that those concerns should be put to the side.

Despite complaints about Young dominating the offense too much, the Hawks are second in the league in efficiency. He’s having the best 3-point shooting year of his career, canning 38 percent of his eight attempts per game. His 28.3 points per game rank fifth in the league, and his 9.6 assists rank third. He’s an absolute monster in impact stats and would be the best offensive player in the league if not for Jokic’s season that is breaking metrics. He has also played a ton of minutes and games.

Chris Paul missed 15 games with his thumb injury, but that shouldn’t prevent him from being the second guard on my ballot.

The Suns don’t have the most talent in the league. Their offense, relying on a ton of elbow action and stack pick-and-rolls, isn’t wildly unique. Yet they have been the best regular season team by a wide margin.

Their success lies in the fact that they execute their sets more crisply than anyone. They kill you with precision, and Paul is the perfectionist that has driven that winning. Somehow in Year 17, he’s still chugging along and leading the league with 10.7 assists per game.

Paul has also been extremely clutch this year.

He doesn’t shoot much anymore, but he can still get his midrange shot off at any time. That’s been a secret weapon for the Suns late in games when easy shots are harder to manufacture.

My last guard spot goes to Ja Morant. Voters are free to create their own guidelines, and my personal rule is that if you jump to the moon to block a shot, you get on my ballot. 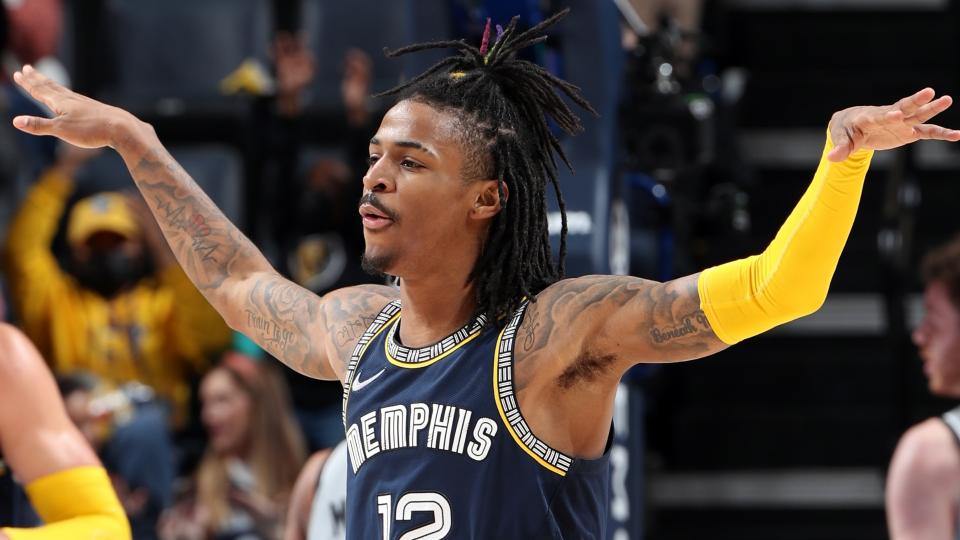 Jrue Holiday was the last cut and the hardest omission on my ballot. Holiday probably won’t get a ton of votes because of his good-not-great averages of 18.7 points, 6.8 assists, and 4.5 rebounds per game.

Those numbers don’t account for the defensive side of the ball, where Holiday has remained outstanding. He should get his flowers, as the kids say, when All-Defensive teams are announced. Here’s what my ballot looks like with the guard situation sorted out:

I cheated on my ballot and put Embiid at forward to get both him and Jokic on the First Team. That gave me one more forward and two centers to select.

DeMar DeRozan grabs that last forward slot for me. 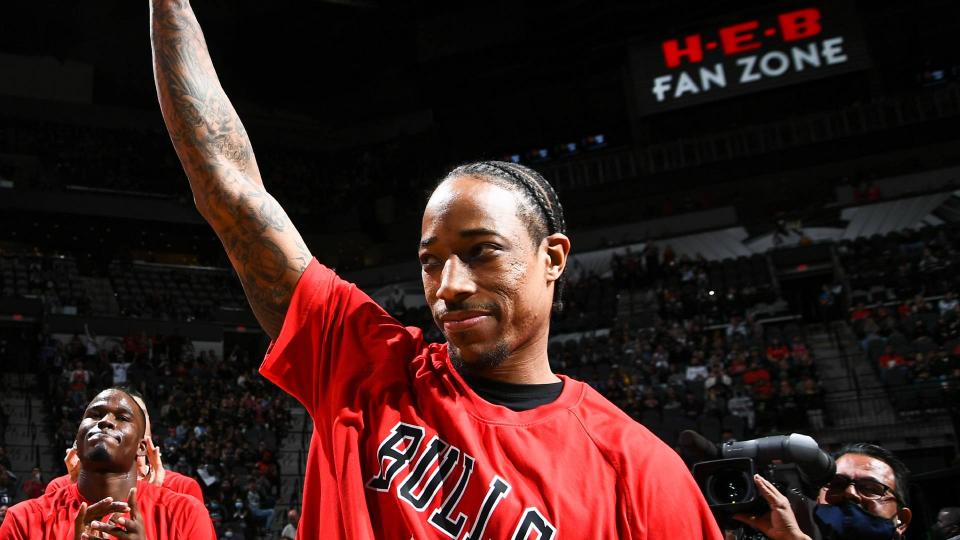 The Bulls would have a dozen fewer wins this season if not for DeRozan’s late-game heroics. His back-to-back game-winners have gotten most of the attention, but carrying the load in fourth quarters is a nightly occurrence for him. The Bulls have crumbled down the stretch when he’s been missing in the lineups. He is the difference between this year’s Bulls team, on pace to win 45 games, versus last year’s team that won 31.

I have two spots left for two centers, and Karl-Anthony Towns gets the next nod. Towns has put together one of the best offensive seasons we’ve seen in a while for the Wolves, and his problematic defense has quietly risen to the “won’t kill your team” level.

Rudy Gobert grabs the last remaining spot on my ballot. He wouldn’t finish top-15 in the popular vote, but he wins because the NBA’s position-based system has turned into the electoral college.

The other remaining centers that could have filled that last spot didn’t quite do it for me. Jarrett Allen and Bam Adebayo have both played great but have missed too much time. Anthony Davis’ jump shot has completely disappeared and the Lakers have collapsed. Gobert has been the same steady force as always, anchoring the Jazz’ defense while barely getting looks from teammates on offense.