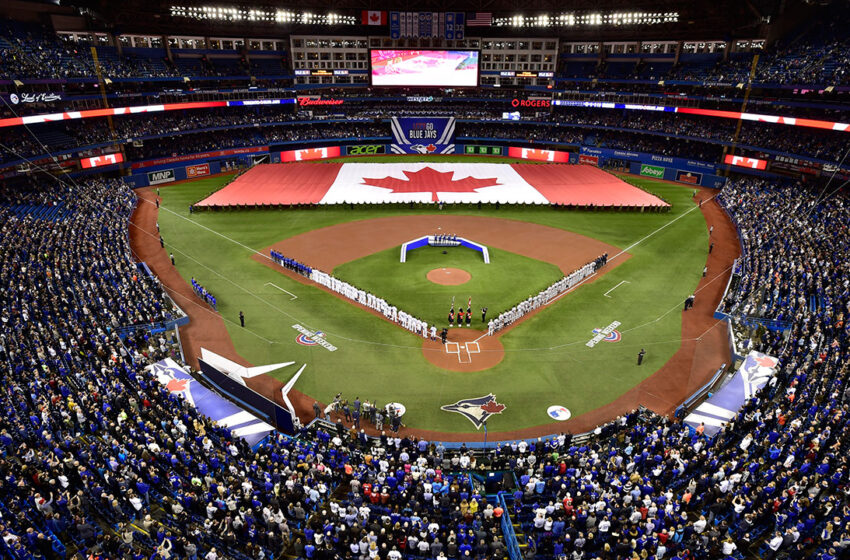 After years of steady building, the Blue Jays’ potential must now be fulfilled

TORONTO – At the portal to the 2022 season lies a consequential progression for the Toronto Blue Jays, a definitive step from years of steady buildup to a phase in which this carefully curated opportunity must be fulfilled.

This is a natural evolution now that Vladimir Guerrero Jr. and Bo Bichette are present-day superstars instead of harbingers of distant hope, now that elite talents like George Springer and Kevin Gausman are attainable free-agent targets, now that an ace like Jose Berrios can be plucked from a transitioning, smaller-market club and extended long term.

That missed opportunity in 2017, the disarray of 2018, the misery of a 95-loss 2019 were all in the service of creating the type of runway the Blue Jays are really stepping onto.

Paradoxically, the pandemic both twisted their path and accelerated their advancement, a post-season berth in the shortened 2020 campaign an earlier-than-expected surprise, the one-game-short follow-up in 2021 a painful lesson in how every little detail matters.

Still, the set-up for 2022 and the three years that follow were always the type of destination president and CEO Mark Shapiro and GM Ross Atkins sought when they began this process. This opening day roster is collectively among the most complete in franchise history. They aren’t trying to figure some things out and providing opportunity the way they were even a year ago – everything is about seeing this opportunity through.

It has to be, too, because while the Blue Jays do have runway, time runs fast on competitive windows, as their neighbours on the other end of Bremner Blvd., the NHL’s Toronto Maple Leafs, can attest. The pressure to fully leverage this talented core ratchets up every summer from here on out, while the players’ natural salary progression complicates roster construction.

Managing all that is one of the prime challenges facing the Blue Jays, who turned the financial flexibility they enjoyed in recent years into finishing pieces like Springer, Gausman, Berrios, Hyun Jin Ryu, Matt Chapman and Yusei Kikuchi.

As a result, they open the 2022 season with a payroll at slightly above $170 million, a club record, and seven players earning $10 million or more, three of them at $20 million or higher. Next year, they have roughly $118 million in guarantees to eight players while in 2024, $73 million is committed to four players with $65 million to three players in 2025.

None of that is earmarked for Guerrero, who jumps from $605,400 to $7.9 million after his first time through arbitration, or Bichette, who refused the Blue Jays’ offer of $747,100 this spring and instead was renewed at $723,550, and will be due a big raise in arbitration next year.

With only two pending free agents – Ross Stripling and David Phelps – and just $5.5 million in guaranteed salary due to come off the books, that means the 2023 Blue Jays, barring trades, will look a lot like the 2022 club but cost a lot more.

Then, a decision point looms after the 2023 season, when Ryu, Chapman, Teoscar Hernandez, Lourdes Gurriel Jr., and Ramiel Tapia will all be eligible for free agency. A renovation of Rogers Centre should be completed in time for 2024, creating new revenue streams to, in part, help accelerate payroll spending, but the decisions then will be constrained by the choices made now.

“If you’re going to get to the point of being a championship-calibre team, you’re going to get a more top-heavy roster,” Shapiro says during a recent interview. “Next year, really, is the biggest challenge to manage against. We’ve front-loaded some contracts (Springer, Kikuchi, Chapman). We’ve made sure it’s clear that the decisions that we’ve made continue to commit payrolls of similar or greater magnitude for next year. After that, we have the ability to recalibrate and decide, can we keep moving up? And ultimately, there will be some business considerations, not from an owner but from our business, does it generate the revenue?

“You won’t need to ask, you can just look at the attendance numbers, look at the ratings and that will give you your answer,” he adds. “If we get back to levels we were at in ’15 and ’16, we will be fine to sustain or even grow our payroll. If we do not, we will probably have to reconsider our roster.”

For context, the Blue Jays were third among American League teams in attendance in 2015 before leading the loop in both 2016 and 2017. Their revenues were hit the past two years by the fan-less pandemic season of 2020 and the nomadic, three-home-field campaign of 2021. They start this season with no restrictions on attendance at Rogers Centre, seeking to re-establish a tighter link between revenues and payroll.

Asked specifically if the next two seasons would have bearing on the direction of the competitive window, Shapiro says, “it’s more about do we grow it than do we pull it back or do we cut it down. Can we grow it beyond where we are now, which is the highest in history for the franchise?”

Most pivotal there is how the Blue Jays build around Guerrero and Bichette for 2024 and 2025 – the final two seasons for before they become eligible for free agency – and whether they can extend one or both of their cornerstones beyond that.

Getting that done early won’t be easy, in large part due to the market shifts created by pre-arbitration extensions for Fernando Tatis ($340 million, 14 years) and Wander Franco ($182 million, 11 years) last year. Guerrero and Bichette can justifiably look to Tatis’ guarantee as the floor to surrender free-agent upside, while the Blue Jays don’t face the same limitations that prompted the San Diego Padres and Tampa Bay Rays to ante up.

“It’s not like we are a small market where if it gets towards the end of the contract and we can’t extend them, we need to panic and trade them for prospects,” says Shapiro. “We’ll look at our team competitiveness, where we are in a window of contention and we’ll look at continuing to extend them and continue to see if we can find the sweet spot of sharing risk.

“If not, we’re fortunate to be in a big enough market with an owner that’s resourced enough that we can go year-to-year. I understand fans or maybe someone externally might think you need to extend these guys. I felt that way when I was working in Cleveland. I do not feel that way working in Toronto.”

Reflected in that answer, perhaps, is the Blue Jays’ experience this off-season, when both Robbie Ray and Marcus Semien couldn’t be re-signed, and Atkins instead backfilled with Gausman, Chapman and Kikuchi. In essence, the takeaway is that though the star players may have left, the spending power remained, which in turn led to opportunities to regenerate.

That doesn’t always work – entering Kendrys Morales and Steve Pearce instead of Edwin Encarnacion in the 2016-17 off-season as Exhibit A – but the Blue Jays structurally can hand out and carry the type of contracts Guerrero and Bichette are likely to command as free agents. The only player with guaranteed money in 2027 and beyond is Berrios, who can opt out of the $24 million he’s owed both that year and in 2028.

“We’ve got more than two elite players on our roster being paid very high amounts right now,” says Shapiro. “The fixation with the need (to extend Guerrero and Bichette) – those players are both under control for three more seasons (beyond 2022). That is a very long time. During that time, it’s safe to say we will continue both formally and informally to explore extensions with them. Should that not happen, we’re very comfortable that our market gives us the ability to go year to year and pay them year to year. And if they happen to get to free agency, we obviously will be a team that will pursue them in free agency, too.”

There is a risk of losing the player with that approach, of course, just as there is a risk in guaranteeing hundreds of millions of dollars before necessary. There is also the risk of multiple adversarial negotiations in arbitration beforehand colouring the relationship between player and club, possibly making the exploration of other opportunities more appealing.

Bichette’s decision to decline the club’s offer and force the renewal was a show of his displeasure with the club’s pre-arbitration salary scale and a demonstration of his intent to be paid commensurate to his worth.

Similarly, Guerrero established a strong first-year arbitration number at $7.9 million, especially given he’d had only one elite season to platform from. His figure is particularly significant to both player and club because as a Super 2 player, he’ll go through arbitration four times, rather than three, and the initial number is a base that gets multiplied.

Arbitration, infamously, can be a breeding ground for bad feelings and too many contentious negotiations can create baggage in a relationship, although Shapiro believes the Blue Jays have guarded against those possibilities.

“We’ve been so intentional in trying to create an environment and a culture that consistently demonstrates that we want to pay the players more and we want to do everything humanly possible to put them in a position to be as great as they can possibly be,” says Shapiro. “From the people that work with them to the food they eat, to the facilities they’re in, we’re trying to put them in a position to achieve greater success and get paid more. We want that.

Those and other underlying business realities will loom larger and larger in the years ahead, building alongside the opportunity at hand. These are fun times and the franchise worked hard to get to this point of promise, but creating the potential for championships is one thing, realizing it and sustaining the winning another. As the new season begins, the challenge for the Blue Jays definitively shifts from the former to the latter.