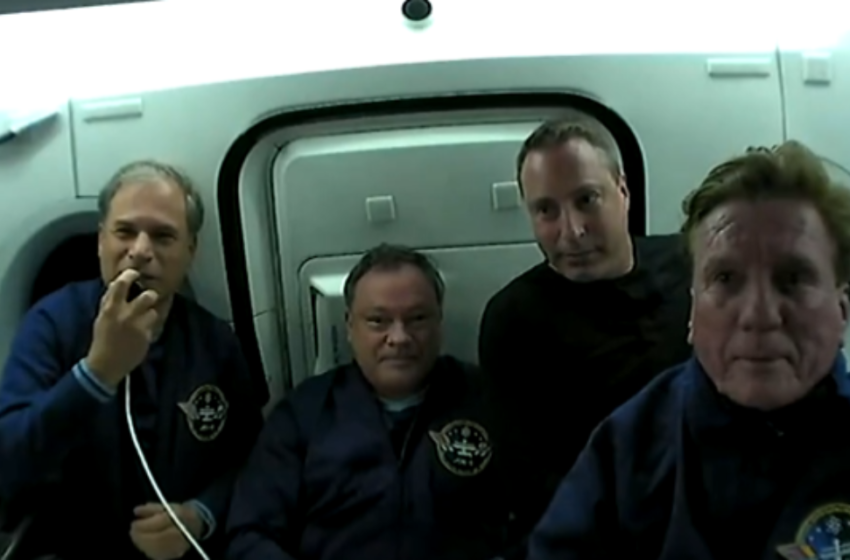 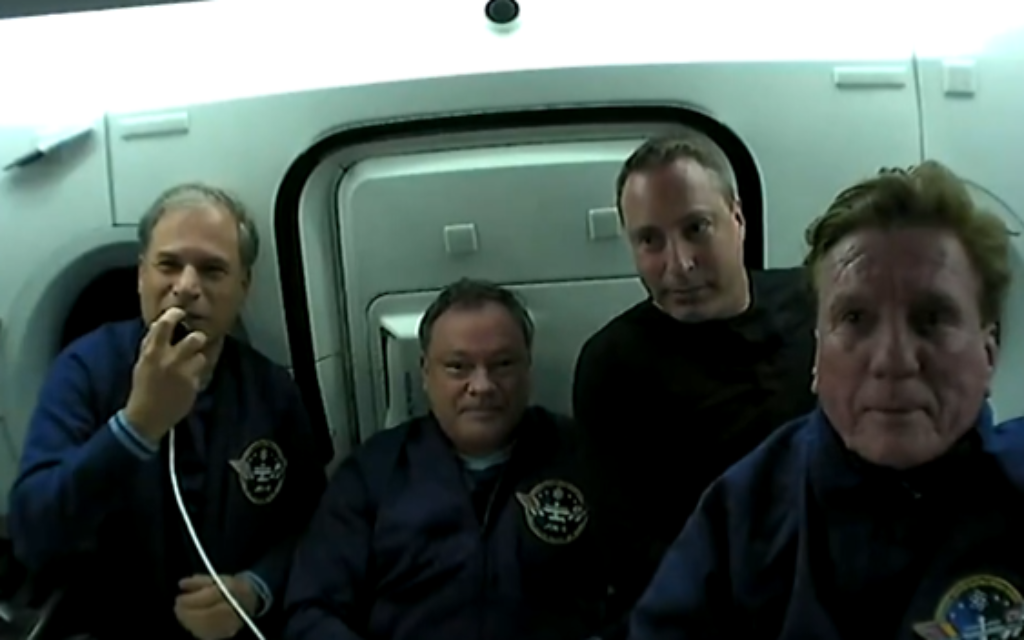 About 16 hours after blasting off to space in the first-ever private charter flight to the International Space Station, Eytan Stibbe and his three fellow passengers on board the SpaceX Dragon capsule, communicated with the control room for the first time, with the Israeli businessman speaking Hebrew.

“We will be joining the [International] Space Station in about two hours. In an hour we will gear up with our suits and start preparing for the connection. Goodbye for now,” he said.

“Our destination is the International Space Station… My crewmates and I have an eight-day very packed schedule of scientific activities and outreach and we’re very much looking forward to getting there,” Lopez-Alegria said. “We had a pretty good night’s sleep last night after launching yesterday, which was for was very exciting. Obviously, what a ride. I think there are smiles still being worn by the crew this morning.”

The flight, the first fully private space mission, is operated by the US company Axiom Space and commanded by Lopez-Alegria, who serves as the company’s vice president.

Before entering the SpaceX Dragon capsule, his enthusiasm was obvious — he did a little dance when he arrived at the rocket at Kennedy Space Center in Florida.

“To be a part of this unique crew is proof for me that there’s no dream beyond reach,” Stibbe said before taking off.

The crew is scheduled to reach the International Space Station at 2:30 p.m. (Israel standard time, GMT +3).

But unlike the recent, attention-grabbing suborbital flights carried out by Blue Origin and Virgin Galactic, Axiom says its mission shouldn’t be considered tourism due to its scientific goals.